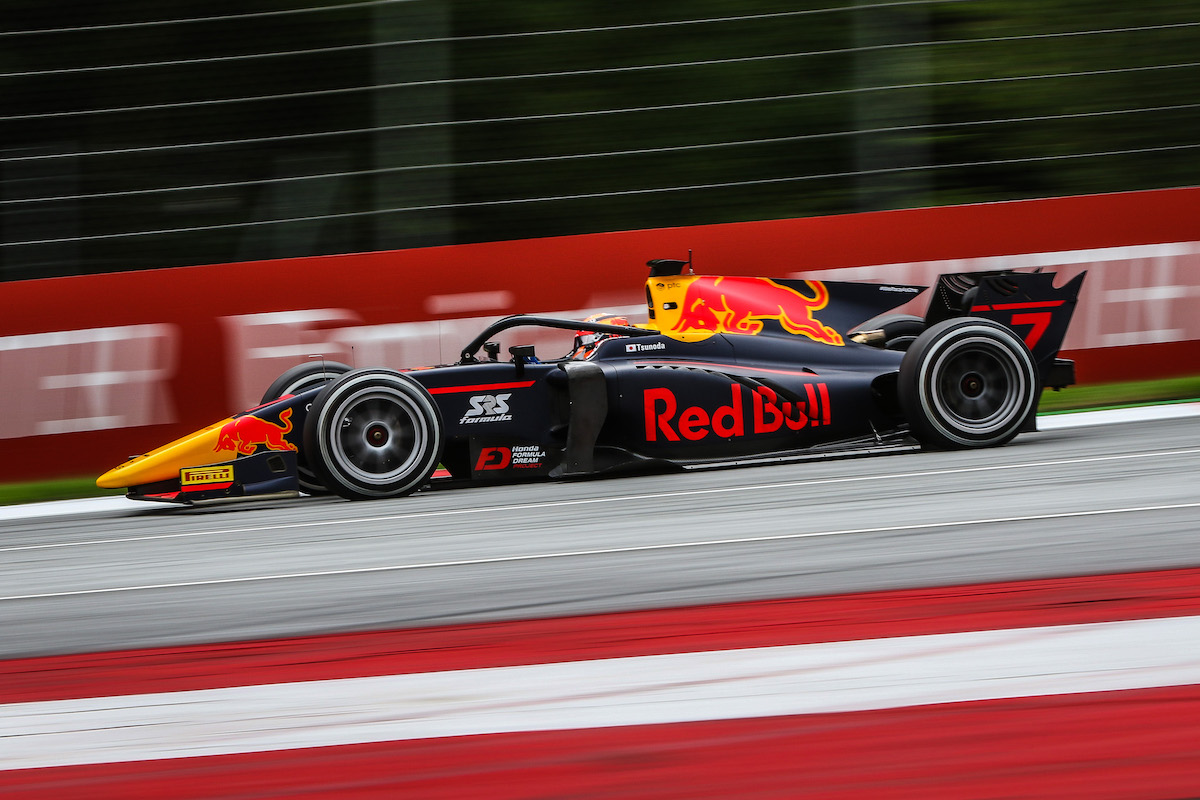 Tsunoda set a 1m15.692s halfway through the session, and that benchmark remained at the top of the timesheet for the remainder of the session. He also topped free practice for last week’s season opener at the circuit.

Jehan Daruvala, both team-mate to Tsunoda at Carlin and a fellow Red Bull junior, had a strong showing by completing the top three, narrowly ahead of Hitech’s Luca Ghiotto.

Lundgaard’s team-mate Marcus Armstrong spun his car at the penultimate corner on his first flying lap in practice, but was able to rejoin the session later on unlike fellow Ferrari junior Schumacher.

The Prema driver went off the track at Turn 7 – the same place that he went out of second place in the feature race last Saturday –  ending his session after just 10 minutes.