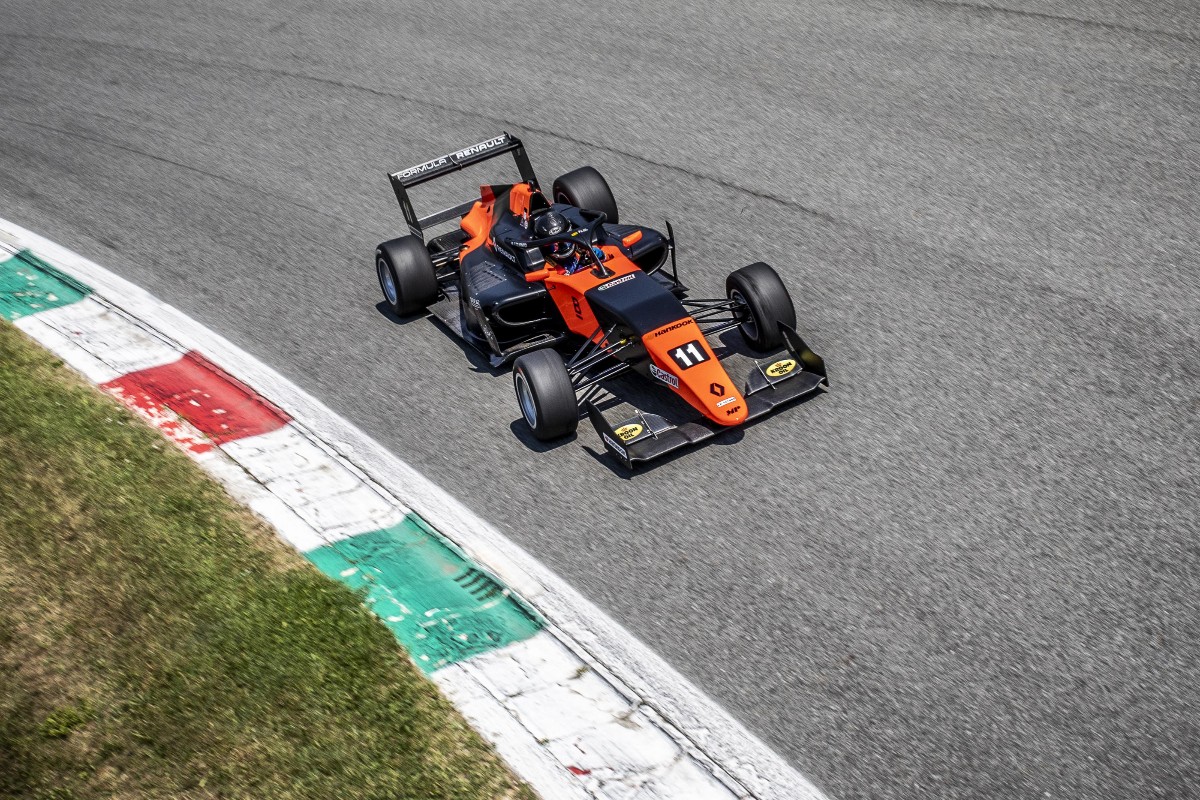 Franco Colapinto claimed his maiden Formula Renault Eurocup victory ahead of Alex Quinn at Monza after surviving a clash with Victor Martins.

Poleman Quinn held onto the lead through an early safety car restart but couldn’t pull out a gap to Colapinto before the safety car was brought out again.

MP Motorsport driver Colapinto was able to make a move shortly after the second restart to snatch the race lead and defended well to keep the position in the second half of the race.

Quinn, who is standing in for Jackson Wells at Arden, fought back almost got back alongside Colapinto but couldn’t make a move stick.

Colapinto took the chequered flag for the season opening race by 1.084 seconds ahead of Quinn, who had to focus on staying ahead of R-ace GP’s Caio Collet in the closing laps.

Victor Martins was taken out of the lead fight early on in ART Grand Prix’s Eurocup return. He had been running third after the first safety car period but made contact with Colapinto in the battle for second on the restart when Colapinto’s car squirmed out of the first chicane.

He managed to continue but was forced to pit for a new nose and dropped to the back of the order.

Not long after after Martins’ incident, his team-mate Paul Aron and MP’s Joey Alders came together when Alders appeared to lock up at the second chicane. The FR Asiacup champion went over the top of Aron’s car, putting both out of the race.

The earlier safety car was brought out to recover JD Motorsport’s William Alatalo, who ran off at the same chicane.

Tijmen van der Helm spent most of the race leading a four-car battle for fourth. Mikhael Belov pushed hard to try to find a way past but, with MP’s Hadrien David and van der Helm’s team-mate Amaury Cordeel close behind, ran the risk of losing positions with a bad move.

M2 Competition’s Belov finally found a way past the Manor-run FA Racing driver in the closing stages of the race and held the position for a few laps before a mistake at the chicane allowed van der Helm back through.

Belov finished fifth, just ahead of Cordeel and David. Arden’s Ugo de Wilde climbed up from the back of the grid to finish eighth.