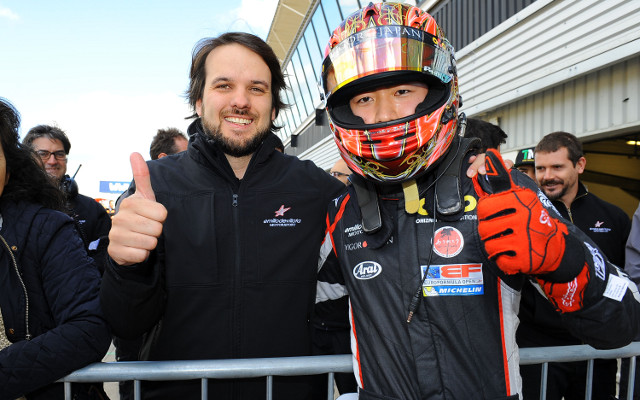 Yu Kanamaru will step up to Formula Renault 3.5 at the Nurburgring this weekend for the Pons Racing squad.

“I know Kanamaru really well and we witnessed his growth race by race in the Euroformula Open,” said de Villota.

“The move to the FR3.5 championship is a natural progression for him, although it won’t be easy to line-up without an adequate testing program.

“On the other hand, I know that Yu has all the qualities needed to successfully approach a powerful and demanding car like the Dallara-Gibson.”

Although the team has not yet commented on who Kanamaru will replace or the identity of his team-mate, there are doubts over both of its full-season drivers.

Spanish sources have reported that Formula 1 racer Roberto Merhi has abandoned his FR3.5 programme with the team, while?Philopaz Armand may face a repeat of the visa issues that kept him away from Austria as the series returns to mainland Europe after its trip to Silverstone last weekend.

Merhi was absent from Silverstone (and replaced by?Will Bratt) due to a clash with the Italian Grand Prix. His last FR3.5 outing was therefore in Austria, where he was excluded from both races for causing a finish-line collision.

Fourth and sixth respectively in the World Karting Championship in 2010 and 2011 (won on both occasions by FR3.5 regular Nyck de Vries), Kanamaru then spent two years in Formula Renault 2.0 and is now in his second season in Euroformula Open.