Yifei Ye gets another French F4 victory at Paul Ricard 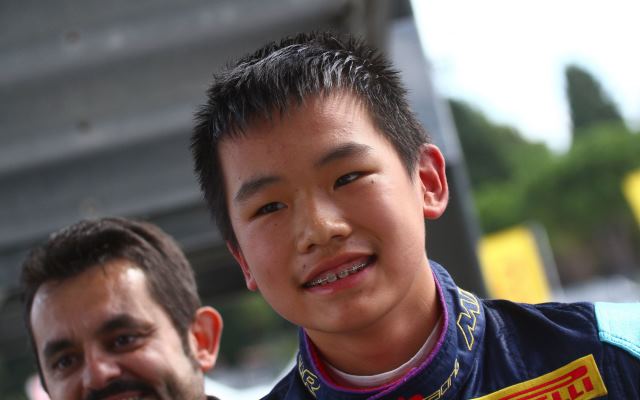 Chinese driver Yifei Ye scored a second consecutive win from a reverse grid race in French F4, following up his maiden success at Navarra with victory in the penultimate race of the season at Paul Ricard.

As in Spain, Ye won from second on the grid. He stuck with poleman Julien Darras after the start and was close enough to have a look at passing into Turn 1 on lap two.

He was able to actually pull of a move for the lead at the same place three laps later and quickly built a margin over the rest of the field, finishing up 2.5 seconds clear.

Behind, contact between Julien Andlauer and Louis Gachot initially enabled the front two to escape.

Andlauer reeled Darras back in later on, only to be hit again by Gachot when he locked up into Turn 1, forcing Andlauer to retire with damage.

Gachot thus took to the final step on the podium ahead of Mexican Axel Matus.

Nerses Isaakyan was on course for fifth until being relegated late in the race by the championship?s top three of Sacha Fenestraz, newly-crowned champion Valentin Moineault and Gabriel Aubry.

The Russian therefore finished eighth ahead of Simo Laaksonen and Giuliano Alesi, who was passed by four drivers in quick succession in the middle of the race.