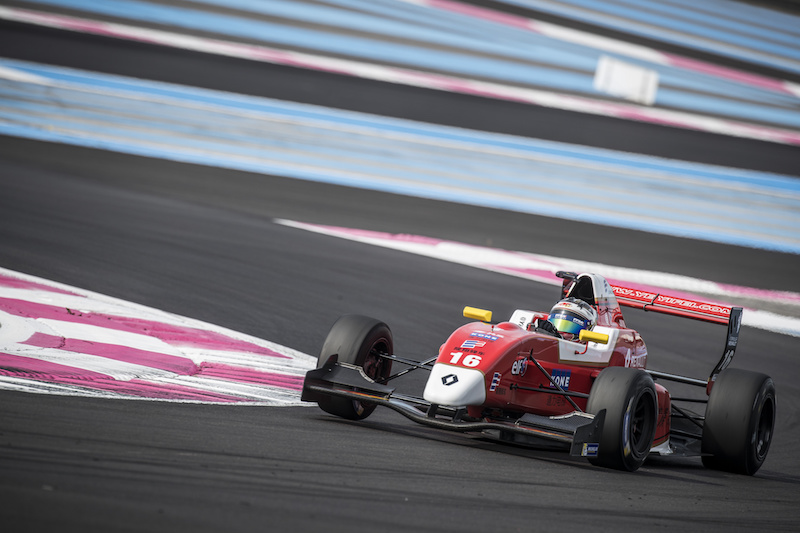 Yifei Ye continued his superlative testing form to top the second and final day of the Formula Renault Eurocup test at Paul Ricard.

Ye, who was quickest on both days of the Hockenheim test earlier this month,?broke the lap record in the morning session with a 2m00.992s for Josef Kaufmann Racing.

Logan Sargeant was the highest-placed rookie in third position ahead of his team-mate Charles Milesi, who caused the sole red flag of the day when he stopped with less than 30 minutes of the afternoon session ended.

Lorenzo Colombo topped the afternoon session for JD Motorsport with a 2m01.394s, which was good enough to put him fifth on the timesheets at the end of the day.

Spaniard?Eliseo Martinez was ninth for AVF, with Neil Verhagen completing the top 10.

Renault Sport Academy drivers Arthur Rougier and day one pacesetter Christian Lundgaard were 11th and 12th fastest. Max Defourny, who said after the session that returning to the championship was the ‘best decision’ for his career, was 13th quickest for MP Motorsport.

Josef Kaufmann Racing’s Clement Novalak was 17th, and says he has an advantage in been able to “rely on the help and data from (his team-mates) Verschoor and Ye, who are arguably the two fastest drivers in the field.”

The next collective test will commence on April 4 at the Nurburgring.