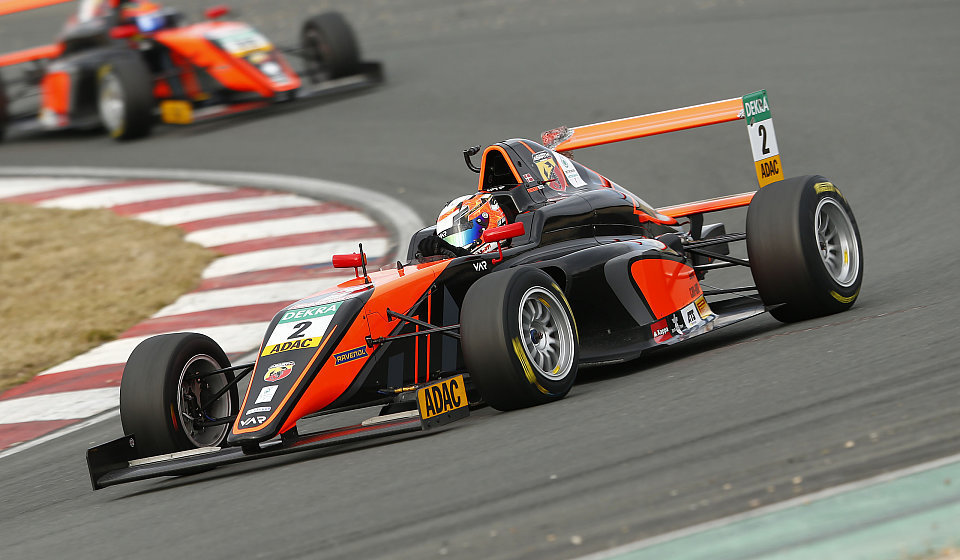 The Dane, who won the reversed-grid race at the circuit last July, topped two of three sessions held in dry conditions on Tuesday, with his 1m23.649s from the second session beating the 1m23.661s he managed later on.

Wednesday’s running was affected by rain, but Vesti again posted the best time of the day, a 1m27.650s, when conditions were at their best in the third of four sessions.

Last year’s rookie champion Mick Wishofer was third in session two behind Vesti and Weerts, putting him sixth overall for new team US Racing in front of VAR’s Liam Lawson, who went on to top a wet final session on Wednesday.

Another US Racing signing Lirim Zendeli had set the pace in the first running of the test on Tuesday morning in front of Vesti and finished up eighth, with Leonardo Lorandi and Gianluca Petecof rounding out the top 10.

In addition to the 19 drivers on this year’s entry list plus KDC tester Sowery, Finnish squad Kart In Club Driving Academy took part in the test with Konsta Laapalainen and Jesse Salmenautio, who will race in the Northern European Zone F4 series this year.