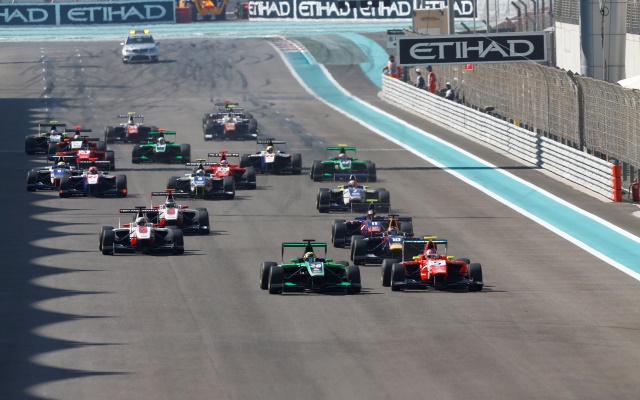 Nick Yelloly has collected his first GP3 race win after Patric Niederhauser was excluded from the season finale in Abu Dhabi.

Niederhauser had claimed his third win of the season when he beat pole-sitter Yelloly off the line, but it was later found that his Arden car’s upper rear wing angle did not confirm to the regulations.

Yelloly is therefore promoted to the victory ahead of Alex Lynn and Emil Bernstorff.

Kevin Ceccon would have been moved up to fifth, but he exceeded track limits at turn five on the first lap and has thus been dropped behind Jimmy Eriksson.