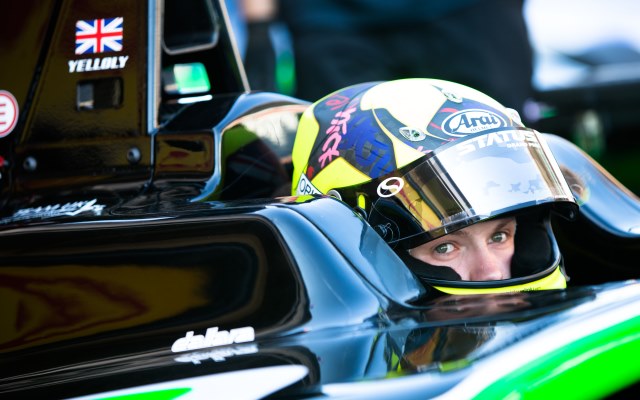 Nick Yelloly got his home round of the GP3 season at Silverstone off to a good start by posting the fastest time in free practice on Friday.

At that stage, ART Grand Prix who had dominated much of the session, with Dino Zamparelli leading the way ahead of team-mates Marvin Kirchhofer and Alex Fontana, with Zamparelli over a second ahead of the best of the drivers from the other teams.

Most drivers were able to improve their times after the interruption though, with Yelloly doing enough to displace his fellow Briton at the top of the timing screens by 0.294 seconds.

Zamparelli held on to second while Kirchhofer improved his time to keep hold of third. Spielberg race two winner Emil Bernstorff got up to fourth, and Jann Mardenborough made it four of the seven British GP3 drivers inside the top five places.

That pushed Fontana down to sixth ahead of Patrick Kujala, Alfonso Celis, Matheo Tuscher and Roman de Beer.

Championship leader Alex Lynn was 11th, 1.2 seconds off the pace.