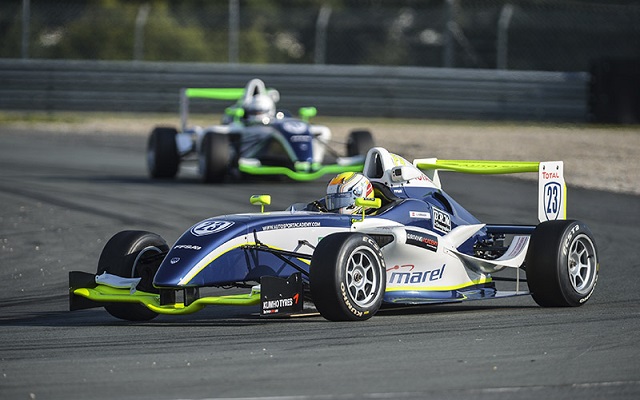 French F4 frontrunner Lasse Sorensen secured poles for the first and third races of the championship’s third round at Val de Vienne.

The Formula Ford Denmark graduate, who set the pace in practice earlier today, managed his best effort in the first ten minutes of the 30-minute session. His second-best effort came just a few minutes later and ensured the Dane would be starting both feature races of the round from first on the grid.

Despite Sorensen’s quickest laps coming in the first half of the qualifying, late improvements weren’t out of the question. Indeed, the Dane was nearly denied the top spot on the leaderboards by a last-second lap from Patricio O’Ward, but the series debutant came up 0.045s short.

Felix Hirsiger took third overall and will start from the front row in race one. Paul Hokfelt managed to maintain his qualifying form from the Pau round by taking an impressive fourth, while Valentin Moineault picked up fifth place.

Tom Soubiron and Amaury Richard rounded out the top ten.