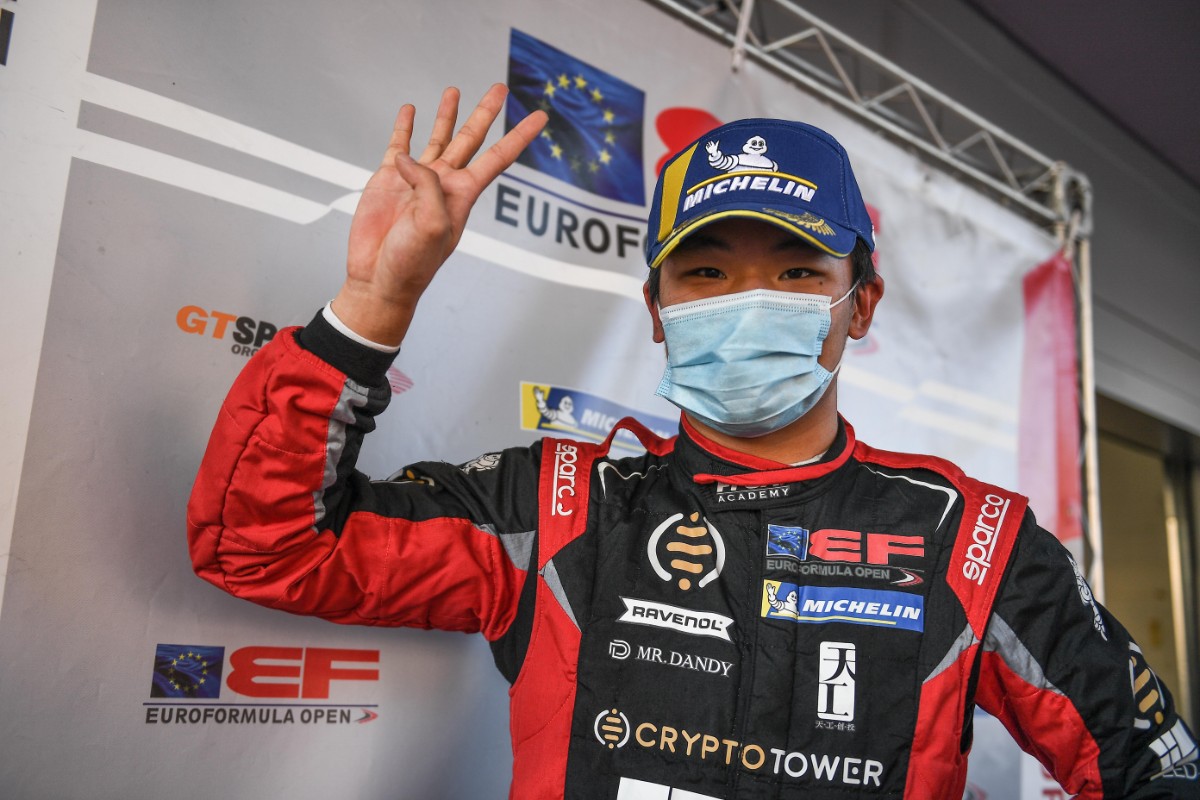 Yifei Ye ended a dominant Euroformula campaign with his 11th win of the season on Sunday afternoon at Barcelona.

The CryptoTower Racing Team driver made a strong start from pole and was unchallenged into the first corner, while team-mate Lukas Dunner ran wide and Van Amersfoort Racing’s Alexandre Bardinon ran over the exit kerbs and clattered into Glenn van Berlo.

This immediately brought out the safety car, and Turn 1 was a source of drama again at the restart on lap four as Motopark’s Cameron Das tried passing Van Amersfoort Racing’s Andreas Estner for third but also ended up on the kerbs and instead dropped a spot.

The green flag action didn’t last long, as Double R Racing’s Louis Foster then clouted Drivex’s Rafael Villagomez at Turn 10 and yellow flags were waved at the corner for several laps before his car was removed.

The loss of tyre temperature as a result of running slower was no problem for Ye, who continued to pull away from Motopark’s Manuel Maldonado in second place. His winning margin ended up being 9.446 seconds over the Venezuelan, who secured fourth place in the standings with his result.

Estner completed the podium ahead of his younger brother and team-mate Sebastian, who was penalised two second for allegedly forcing Das off at the first corner. Post-race the decision was reversed, meaning Carlin’s Zane Maloney finished in fifth and Das in sixth.

Ido Cohen picked up more points for Carlin in eighth as a result of Motopark’s Niklas Krutten being penalised for not rejoining Turn 2 on the correct side of a bollard after an off-track moment, and as a result he beat team-mate Maloney to seventh in the standings.