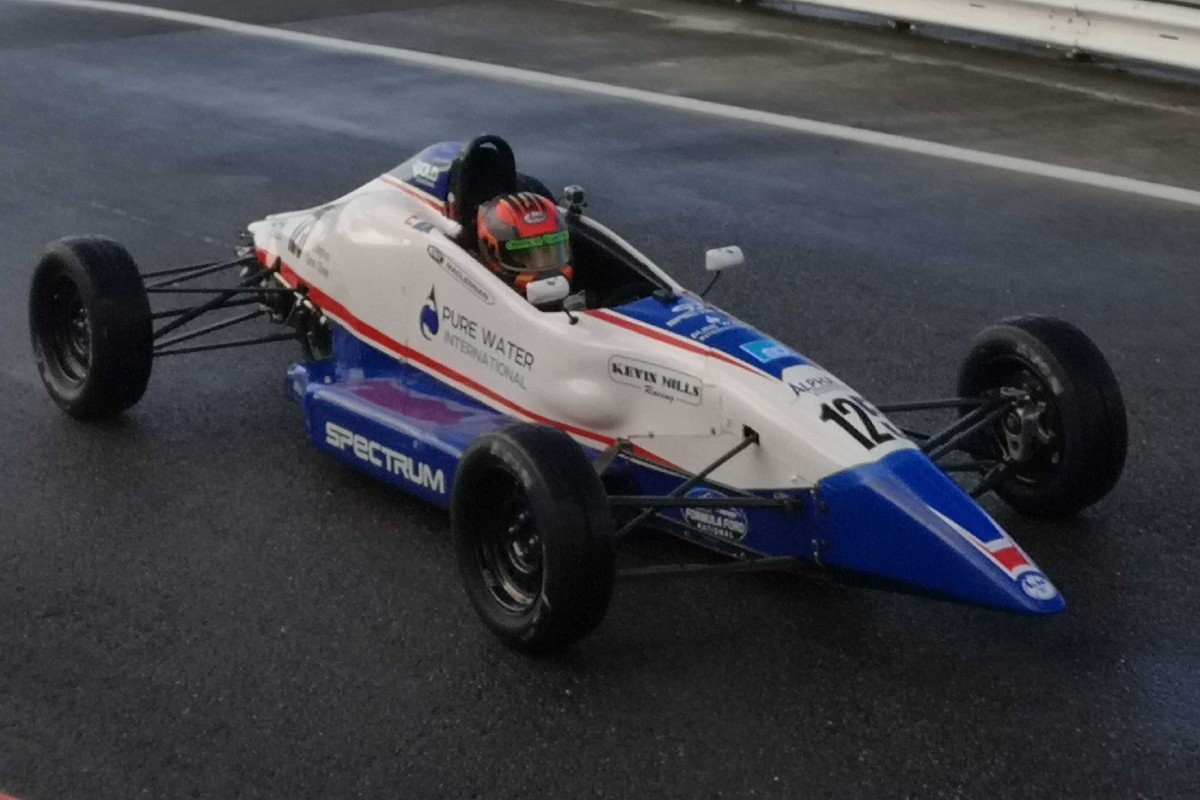 Maclennan grabbed the lead from Middlehurst on the first lap and was only rarely seriously challenged. Even a safety car period for the retrieval of a beached Joey Foster from Luffield could not dent his lead, as he got a great restart to carry on where he left off and brought home the win.

Middlehurst was a fairly safe second for most of the race, although he did have Maclennan’s KMR team-mate Michael Moyers snapping at his heels and had the safety car not been required, things could have been different for him.

Moyers started fourth and picked off Luke Cooper on the opening lap to move into the third place he would finish in.

Cooper held fourth until right at the end, when Enigma Motorsport’s Jack Wolfenden snuck past him. Cooper did well to keep ahead of team-mate Robert Hall, who rapidly gained on him late on, but had to settle for sixth.

Formula Ford Festival winner Rory Smith was a little way behind, having done well to stay on track after an altercation with Historic FF1600 champion and B-M Racing team-mate Cameron Jackson, who tumbled down the order and ended up 20th, meaning he failed to qualify for the final.

Don Hardman Racing’s Foster, a three-time WHT winner, was one of only two reitrees, having a terminal off while battling Team USA scholar Jackson Lee.