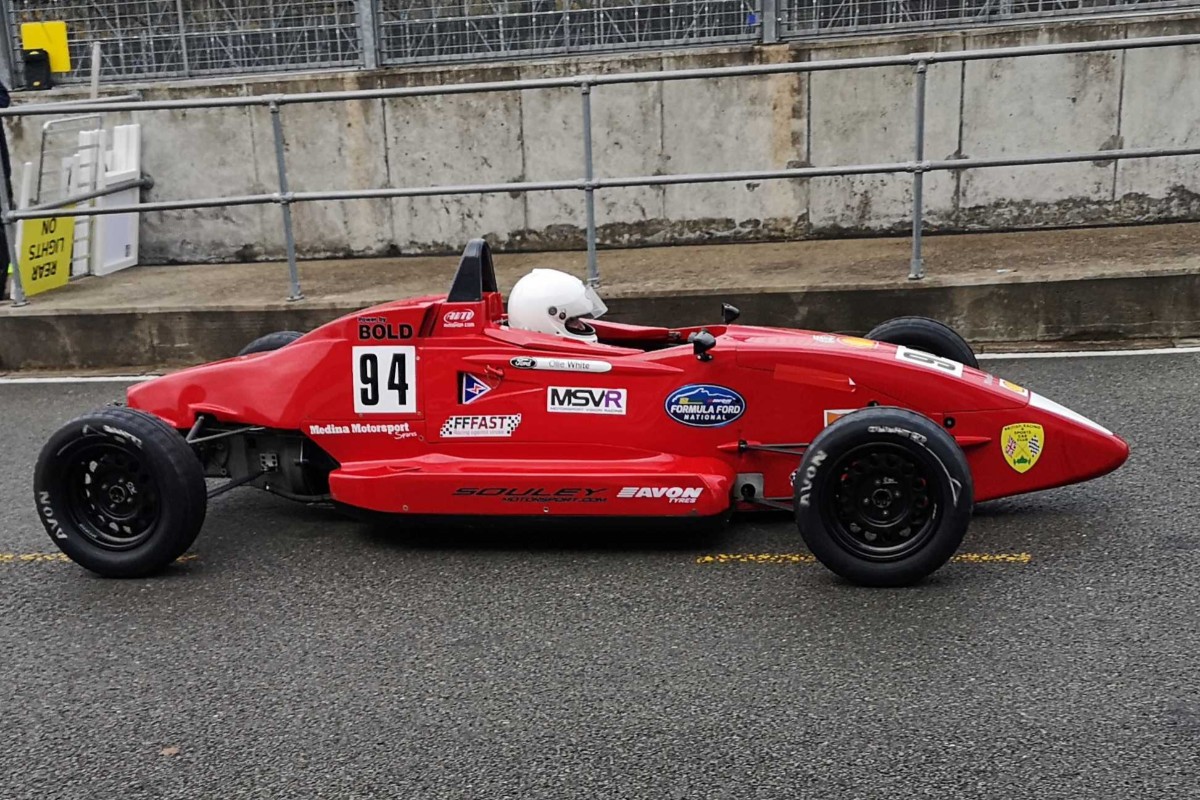 Souley Motorsport’s Ollie White won the second semi-final from pole, but he was made to work for it in a close race.

White led at the start, with Kevin Mills Racing’s Jordan Dempsey losing second to Wayne Poole Racing’s Josh Fisher and having to fight to keep hold of third into Brooklands after going side-by-side down the Wellington Straight with Team Dolan’s Ross Martin.

The safety car was deployed for a couple of laps to recover the stricken car of White’s team-mate Mark De Rozarieux. When racing resumsed, Fisher made a bid for the lead into Brooklands, with White holding on.

Dempsey moved up the inside of Fisher into Brookands for second, but couldn’t make the move stick and came under pressure from Dolan’s Matt Cowley.

B-M’s Dave McArthur, having moved into fifth past Martin, tried to join in the battle ahead but collided with Cowley and lost time following a spin.

With just over two laps remaining, Fisher snatched the lead from White up the inside through Luffield, but White refused to give up, repeating the same move on Fisher next time by. Fisher lost momentum exiting the corner, allowing Dempsey to snatch second.

White hung on to win, 0.6 seconds ahead of Dempsey, with Fisher a further 0.5s back.

Martin took advantage of the McArthur/Cowley collision to finish fourth, ahead of Low Dempsey Racing’s Bryce Aron, and Cowley ended up in sixth.

Josh Smith was in the mix late on but collided with McArthur at the final corner, sending both cars into the Luffield gravel.

Ian Campbell finished eighth, with T-M Racing’s Felix Fisher ninth despite nearly having a coming together with LDR’s Jonathan Browne at Brooklands during the rain shower. Browne had a difficult race, eventually finishing 14th.