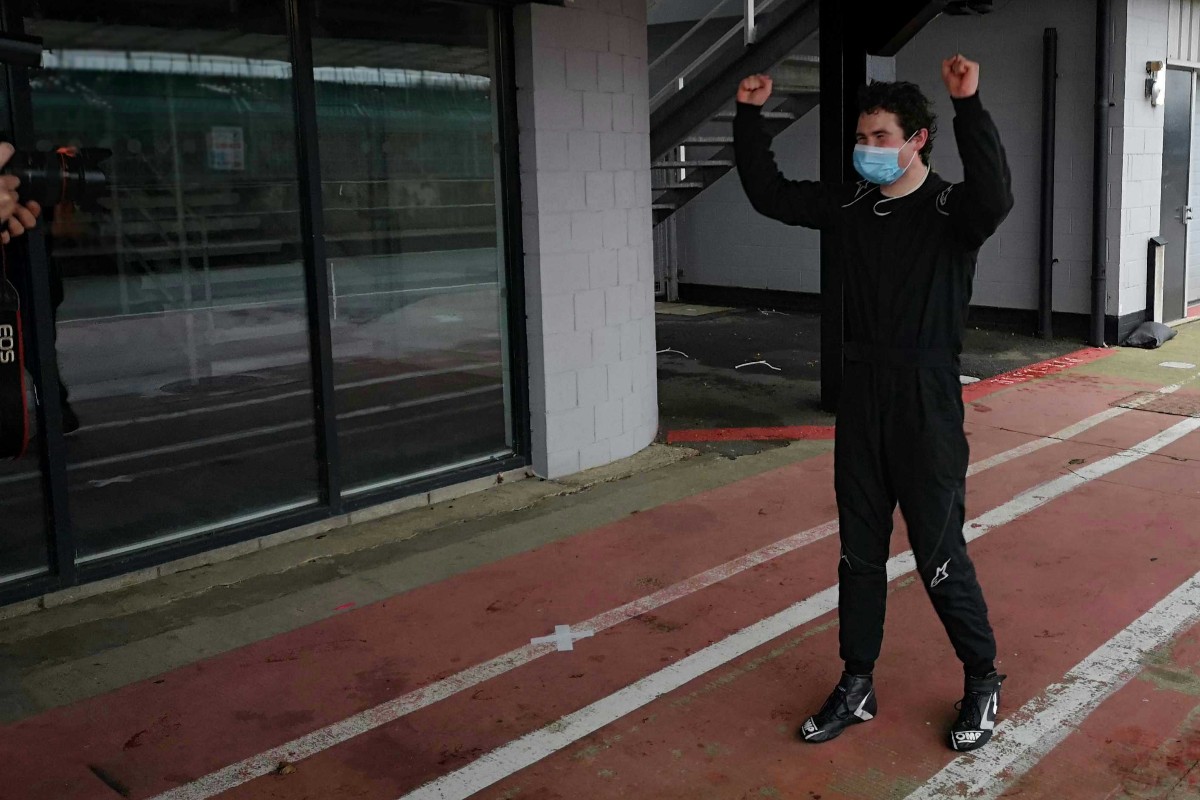 Souley Motorsport’s Ollie White came out on top in a choatic final to the Walter Hayes Trophy on Silverstone’s National layout.

The event was decided by a five-lap sprint on a damp track, following a multi-car collision at Luffield that took out several big names and required the race to be stopped entirely.

Poleman White surged away in the restarted race, but was challenged by reigning BRSCC National Formula Ford 1600 champion Neil Maclennan.

KMR’s Maclennan had led briefly before before a safety car period on lap four and was part of a three-car leading group with team-mate Jordan Dempsey and White on that restart. Dempsey was fastest of the three, but spun at Brooklands.

On the following lap, team-mate and fellow WHT winner Michael Moyers also spun there after braking too late challenging for the lead.

That opened up room for Team Dolan’s Chris Middlehurst, who diced with White and led briefly before the red flag.

He lined up alongside White for the restarted five-lap decider, and attacked the leader until spinning at Copse after rear contact. Wayne Poole Racing’s Josh Fisher was part of the lead quartet and had a few looks at passing Middlehurst, but also dropped down the order.