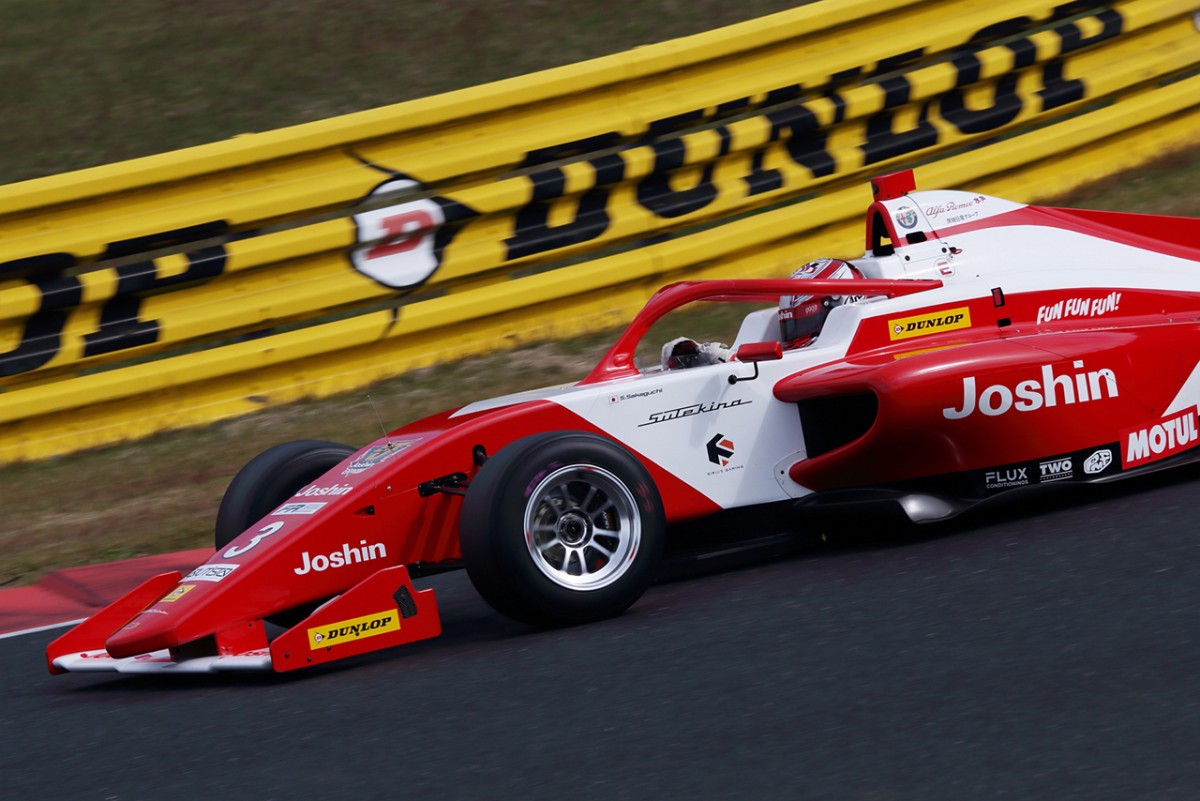 A double win at Okayama was the latest part of Sena Sakaguchi’s domination of Formula Regional Japanese Championship’s inaugural seaon, and leaves little to be done in the title decider.

The Sutekina Racing Team driver took pole for both races, and had to defend straight away in the first one from title rival Yuga Futurani. As they got to the first corner it all went wrong for Furutani though and he dropped to fourth, all but guaranteeing Sakaguchi victory.

It took a few laps for him to get back up to second place, by which point it was too late to rival Sakaguchi and he took his eighth win from eight starts.

Furutani didn’t lose places at Turn 1 at the start of race two, but he had even less of an answer to Sakaguchi’s pace and set-up tweaks between the two races enabled the leader to have a faster car and he won by 5.142s. There’s now 38 points between the pair at the top of the standings, with 50 available in next month’s season finale.

Sakaguchi’s team-mate Mizuki Ishizaka completed the podium in both races, finishing 17.687s behind in race one and 26.061s back in race two.