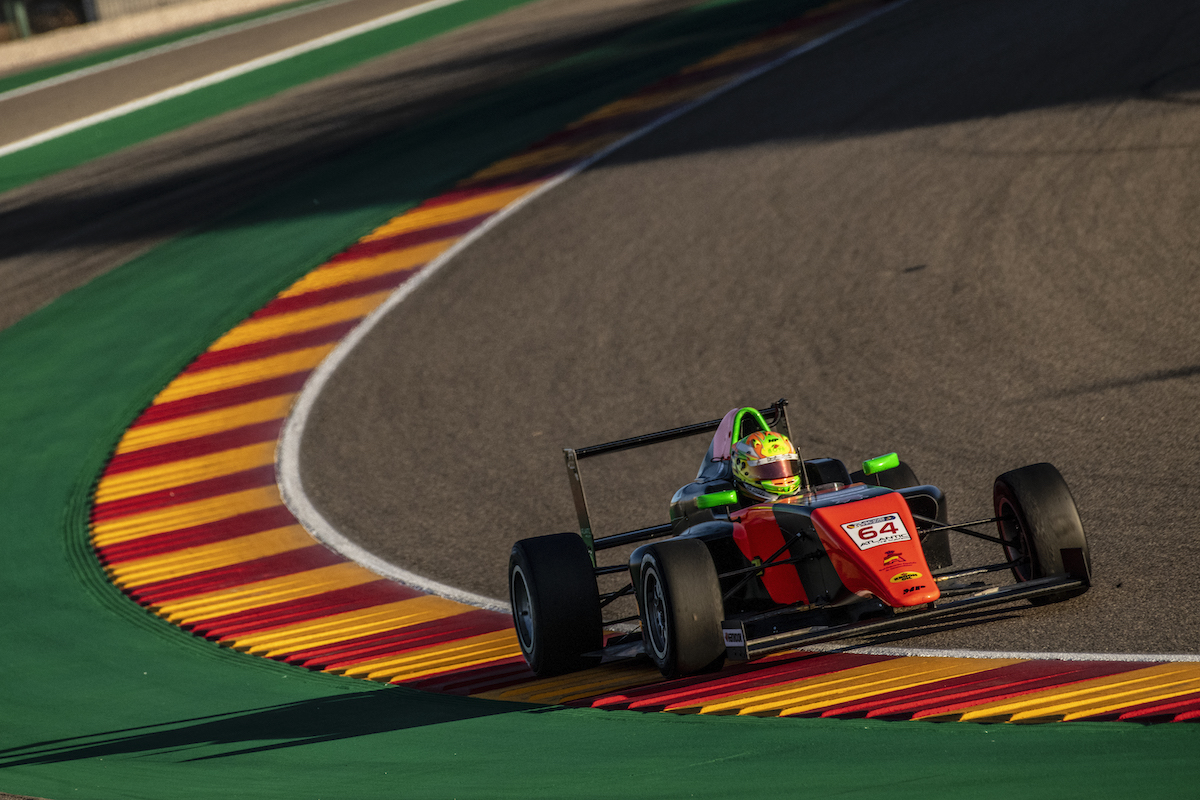 Qualifying on pole position for race one, Boya was kept honest in the early stages by MP Motorsport team-mate Joshua Dufek, while Haverkort took until lap three to overtake Quique Bordas for third.

Haverkort then caught the leading pair, requiring Dufek to start going defensive and allowing Boya to make his escape. Haverkort didn’t take long to clear Dufek, but Boya was able to open a 2.6-second lead in the middle of the race.

In the closing stages Haverkort was able to reel Boya back in, and just a third of a second separated the two drivers at the chequered flag.

In a top-four lock-out for MP, Dufek held off Thomas ten Brinke (who started ninth) by an even smaller margin to complete the podium.

Boya led from the front again in race two, with Haverkort gaining second from Bordas before an early safety car was called for when Global Racing Service team-mates Alejandro Garcia and Eloy Lopez tangled at the rear of the field.

After the restart, Boya had to begin defending from Haverkort with six minutes remaining. That presented an opportunity to Carles Martinez, who tried going around the outside of both Haverkort and Boya in a single move.

Boya managed to keep the lead while Martinez emerged in second place, but he was soon shuffled back by the MP armada, ending the lap behind ten Brinke and Haverkort and then succumbing to Dufek too before the finish.

Ten Brinke had to fend off both Haverkort and Dufek on the last lap, allowing Boya to finish 2.8s clear.

Haverkort took victory in race three from pole position, keeping the lead off the start as fellow front-row starter ten Brinke stalled and was fortunate not to be collected from behind.

Further drama was to follow on the first lap when Paul-Adrien Pallot launched over the rear of fourth-placed Mehrbod Shameli.

Shameli managed to escape being landed on top of by Pallot and continue, only to then be mounted by Lorenzo Fluxa when the field slowed for the safety car on the back straight.

Bordas followed Haverkort after the restart to secure his maiden podium in second, while Boya was passed for third by Oliver Goethe, only to claim the place back two laps later.

The race was ended early when Enzo Joulie lost control and collected Ivan Nosov in a fight over ninth place with less than a minute remaining.

Lena Buhler claimed her best result to-date in fifth after fighting with Goethe. She had been in a battle for the same position in race one when she was hit by Drivex team-mate Pallot while he was attacking Bordas in front.

Martinez was also involved in the fight for fourth in the finale before being spun around by contact with Valdemar Eriksen, although he was provisionally classified sixth.