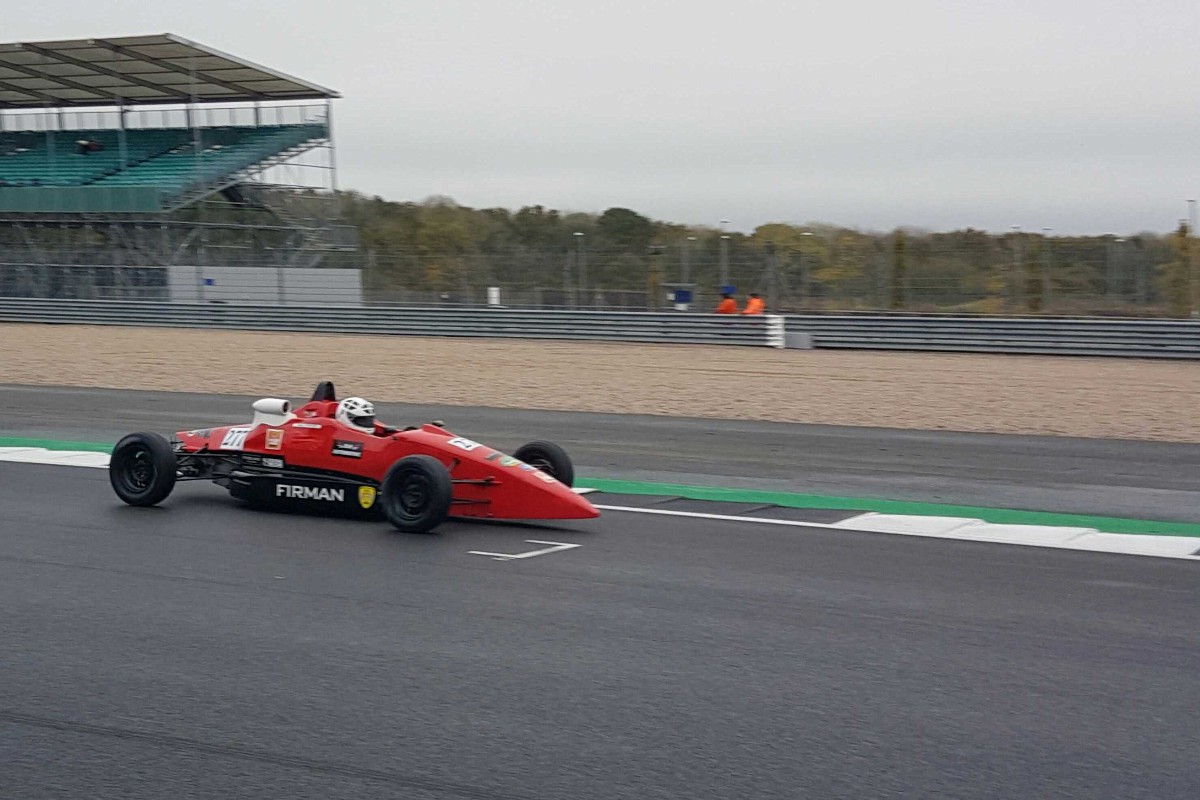 Joey Foster earned his spot in the Walter Hayes Trophy semi-finals with victory in the Last Chance Race at Silverstone.

The Don Hardman Racing driver charged from 21st on the grid to lead within three laps, but the race was stopped shortly after as a multiple-car incident on the pit straight among drivers towards the back of the field caused a red flag period.

There was almost two hours before the race was restarted, at a shortened six-lap length and with the order after the opening lap setting the grid, with medical crews attending the drivers involved in the race-ending crash. At present, Formula Scout does not know the condition those drivers are in.

Foster’s charge up the order was a repeat of what he did in the Progression Race, where he had to contend with gearbox damage. This time he had an issue-free car.

Ryan Campbell had pole for the restart, ahead of Foster’s team-mate Rick Morris. It was the latter who had the better start to lead, but Foster’s sixth place starting spot provided little challenge for the three-time WHT winner and he was leading by the end of the restart lap.

He then cruised to victory, winning by 8.276 seconds from Joe Porter, who passed Morris and Riadro Motorsport’s Adam Higgins to finish second. Higgins completed the podium after also overtaking Morris. Foster will start 27th on the grid for semi-final one.

James Hadfield finished fifth in the Van Diemen run by his father Simon, with Ben Tilley finishing sixth on his Formula Ford 1600 return.

Campbell dropped down the order after an early spin, but still held on to seventh, ahead of Daniel O’Beirne, Gaus Ghinn and Will Everington.