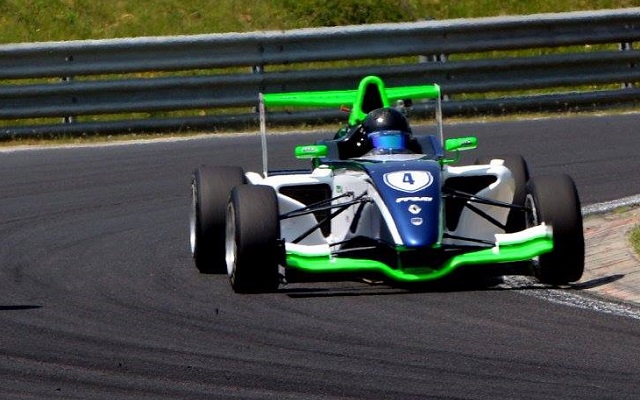 Chinese driver Yifei Ye passed Nerses Isaakyan on the penultimate lap to get a maiden single-seater victory in the reverse-grid French F4 race at Navarra in Spain.

Isaakyan made a fine start from third on the grid to pass Ye and got ahead of polesitter Louis Gachot to take the lead early on lap two.

After stretching his advantage to two seconds as Ye also worked his way past Gachot, it looked as if Isaakyan had his first win in the bag.

His lead gap came down in the closing stages through and the Russian was passed by Ye, a former ART Grand Prix driver in karting, with just over a lap remaining.

Sacha Fenestraz worked his way through to third from sixth on the grid, passing Gachot with two laps left.

Julien Darras took seventh after an aggressive move down the inside of?Kami Laliberte and?Valentin Moineault at Turn 3 on lap 10.

Having been looking for a way past Kressner, championship leader Moineault ended up pushed wide and down to 11th place behind race one winner Jean Alesi and Julien Andlauer, who both went on to pass Laliberte before the finish.