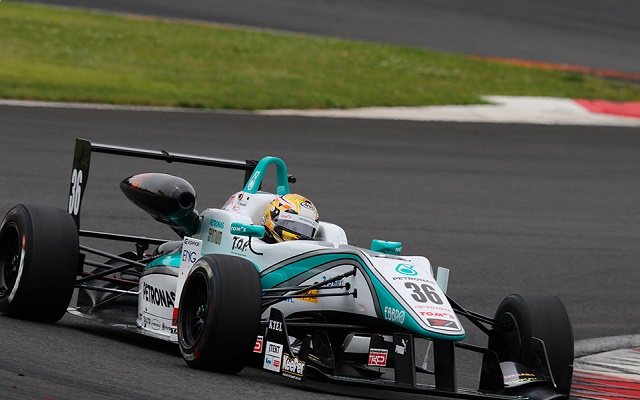 His win was seventh consecutive for team TOM’S, with squadmate Nick Cassidy coming home for a 1-2 finish.

HFDP’s Nirei Fukuzumi had claimed pole in qualifying, becoming the first non-TOM’S driver to do so this season.

And he duly led the field off the line, maintaining first place, as Yamashita, who started alongside, dealt with an attempt from Mitsunori Takaboshi.

However, Yamashita was soon on Fukuzumi, keeping within half a second of the HFDP driver during the opening laps.

At the end of lap six, he slipstreamed past Fukuzumi on the main straight to take the lead, completing the pass even before turn one.

On the next lap, Takaboshi caught up with Fukuzumi and seemingly lined up a pass on the straight. However, Cassidy was also there and ended up overtaking both of them to take second.

Cassidy would wind up finishing a second and a half off Yamashita, while Takaboshi, yet to finish a race outside of the top four this season, completed the podium.