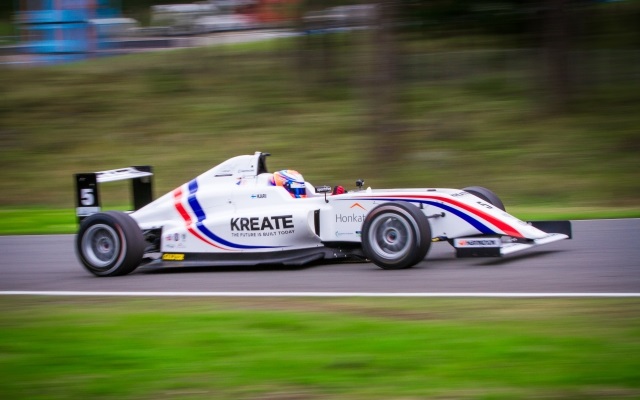 Starting from second, Kari made a lighting launch at the start to grab the lead from pole-sitter and yesterday’s?winner Aleksanteri Huovinen.

The Finnish duo then went on the control the race, checking out in first and second. Unlike yesterday, Huovinen wasn’t able to challenge Kari and settled for runner-up.

The race saw a premature end when a collision between Aleksander Maslennikov and Artem Kabakov saw the latter’s car end up in the gravel upside down.

Nikita Sitnikov sealed his maiden podium finish in third, despite having to withhold pressure from Nerses Isaakyan, who ended up fourth, throughout the race.

Kabakov and Maslennikov are currently classified as eighth and ninth, while the top ten was completed by Ivan Matveev.