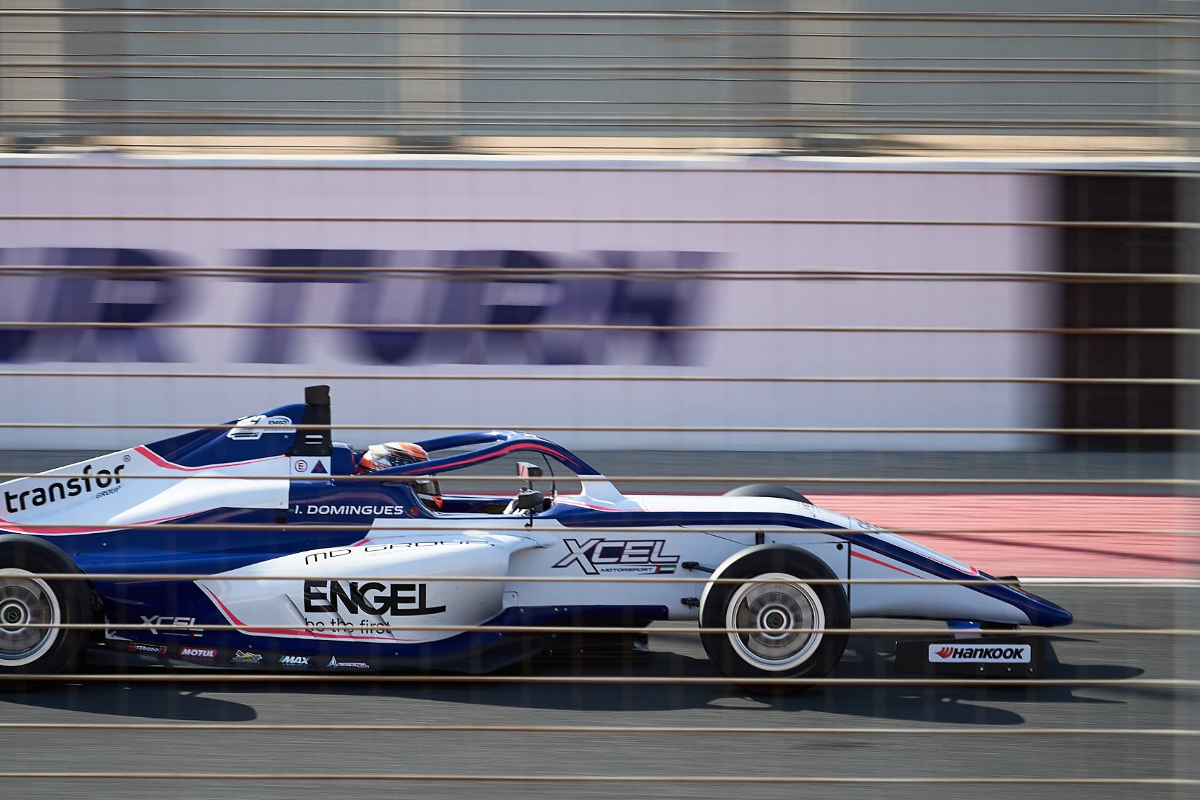 It was a continuation of previous form for Camara on the circuit’s Grand Prix layout, as he took his maiden pole there the previous weekend by 0.045 seconds.

This time he was fastest by an even slimmer margin, beating team-mate Charlie Wurz in Q1 by 0.013s.

Hitech GP’s Alex Dunne was a third of a second back in third, and edged Abu Dhabi Racing by Prema’s points leader Aiden Neate by 0.052s, with his title rival Tasanapol Inthraphuvasak a tenth slower than him and in fifth place.

Portuguese rookie Domingues, who was 34th in the CIK-FIA European Karting Championship last year on OK karts and currently sits 21st in the F4 UAE standings with a best finish of ninth from the first three rounds, qualified over a second off the pace and down in 17th place.

A more rubbered in track led to slightly faster laptimes in Q2, and Domingues, coached by 2017 British F4 champion Jamie Caroline, became the driver to beat.

He set a 1m59.708s lap to claim an unexpected maiden pole position, with Neate filling the front row as he went just 0.046s slower.

Wurz, Dunne and Camara were closely matched in third, fourth and fifth respectively, with the trio covered by 0.060s on pace. This time Inthraphuvasak could only qualify 13th, leaving Sauber’s karting graduate Christian Ho as the top MP Motorsport driver in eighth place.

James Wharton, returning to Abu Dhabi Racing’s line-up after missing the most recent round having initially been set to only do a part-time campaign, qualified 11th and 14th on his first experience of Dubai’s GP configuration.