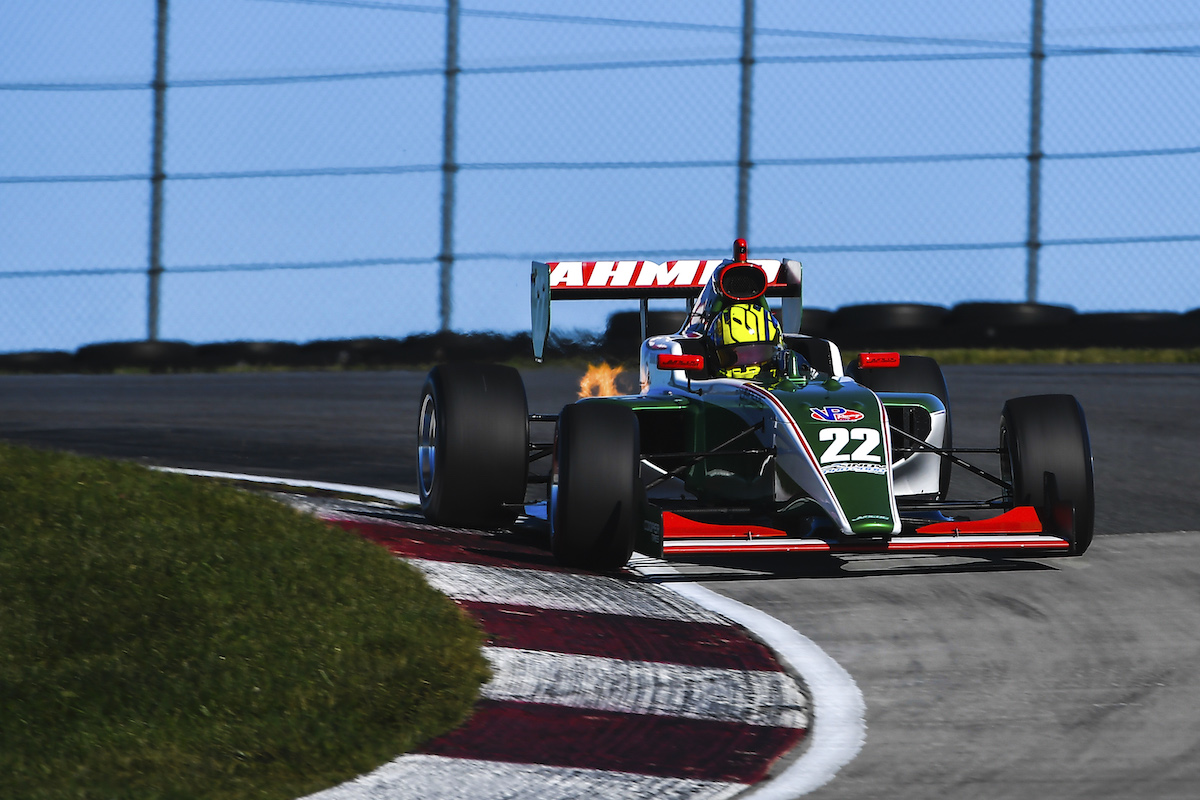 Enaam Ahmed will compete for Juncos Hollinger Racing in the 2022 Indy Pro 2000 season after joining the team for the final round of last season.

The 2017 BRDC British Formula 3 champion had started 2021 in IP2000 with RP Motorsport but parted with the team after seven races, in which he scored a best finish of seventh.

He returned to action in the season finale at Mid-Ohio with Juncos and was one of five different leaders in a rain-affected final race, finishing in second place.

Announcing Ahmed’s 2022 deal, Juncos said Ahmed “has added new commercial partners for his US program, without them none of this would have been possible.”

Ahmed said: “I am very motivated for the new Indy Pro 2000 season, which will be my first full season since 2018, so to be joining such a focused professional team as Juncos Hollinger Racing this year could not be better.

“I am looking forward to racing with Juncos Hollinger Racing this year. Ricardo Juncos has been a massive supporter of mine since we met last year and I really love driving for him!”

After his British F3 title, Ahmed led the FIA F3 European Championship as a rookie in 2018 but has battled against a lack of budget, and in 2020 abandoned an FIA F3 campaign with Carlin following three fruitless rounds.

“We are excited to continue our work with Enaam into the 2022 Indy Pro 2000 season,” said Ricardo Juncos.

“He really showed how strong of a driver he is at the end of last season when he almost won the final race, if he had one more lap we are confident he would have come away with the victory.

“Enaam has been a great addition to our program and we are looking forward to carrying the strong momentum we have built in the off-season into St. Pete in just a few short weeks time.”

Joining Ahmed on the grid will be Matt Round-Garrido, who steps up with Exclusive Autosport after a 2021 USF2000 season that ended two rounds early because of injury but included a second place at St Petersburg and three fourth-place finishes.

A graduate of Formula Ford 1600 in the United Kingdom, having finished third in the BRSCC National championship in 2018, Round-Garrido moved into USF2000 in 2019 with Jay Howard Driver Development and then BN Racing. He made his IP2000 debut with JHDD before the end of the season, then finished seventh in a full USF2000 season in 2020 with Pabst Racing.

“Last year was full of highs and lows for myself but mainly full of potential, which alongside the ability of these guys to produce me a fast race car, made it a no-brainer as to who I wanted to drive with,” said Round-Garrido.