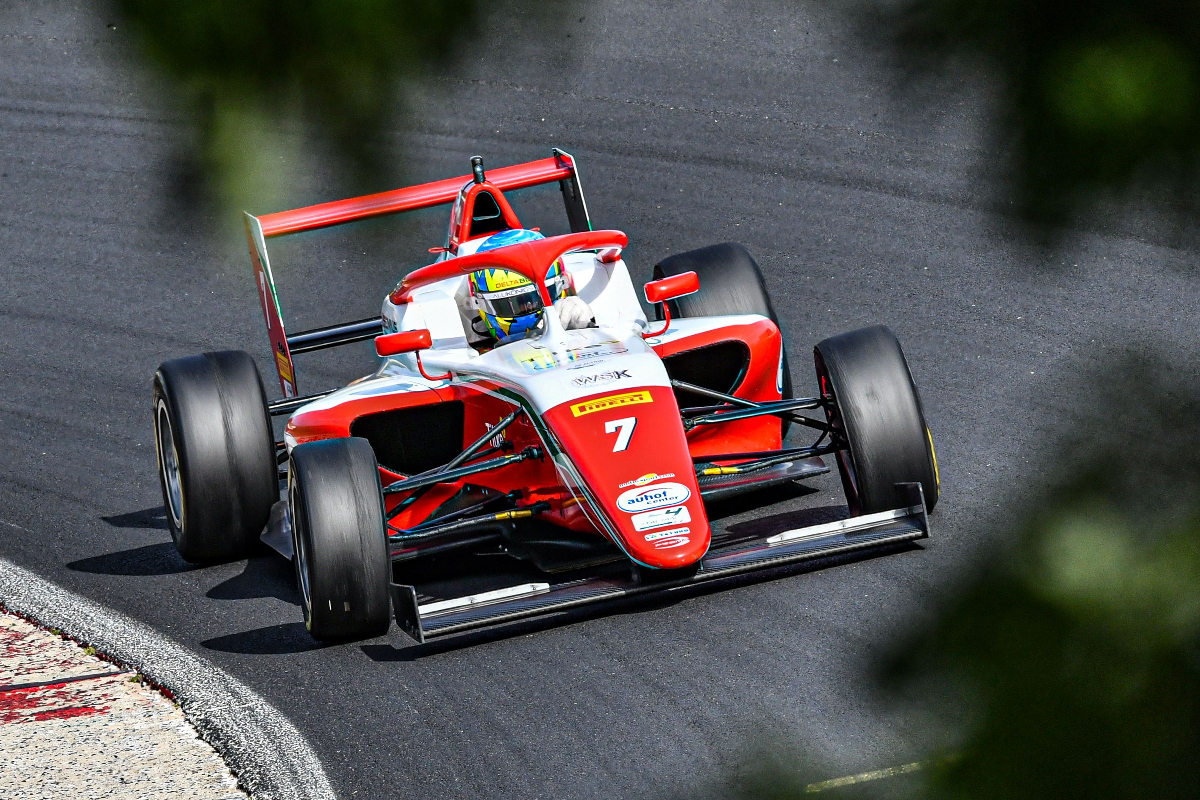 Charlie Wurz was fastest in Italian Formula 4’s two-day Mugello test this week, with FIA Formula 3 drivers also taking to the track to do running in old GP2 cars.

MM International Motorsport ran Red Bull junior Jak Crawford and Roman Stanek in Dallara GP2/11s, while one of their FIA F3 title rivals was in one of Prema’s GP2 chassis. On track at the same time as the high-downforce cars was an AKM Motorsport-run Formula Regional car for Andrea Kimi Antonelli, son of AKM boss Marco Antonelli, Van Amersfoort Racing’s fleet of Euroformula-spec Dallara 320s and several older F3 cars.

The F4 drivers ran seperately, with four sessions on Tuesday and four on Wednesday.

Wurz topped the very first session, heading Van Amersfoort Racing’s Martinius Stenshorne by 0.225 seconds. Stenshorne lowered the pace to 1m49.460s in session two, where Rafael Camara was his closest rival but was running with Iron Lynx rather than Prema, who he usually races for. Similarly, Ugo Ugochukwu was testing with R-ace GP rather than Prema.

Joining the field in the second session with R-ace was junior karter Chloe Chong who is one of the four finalists in the senior group for for the third edition of the FIA Women in Motorsport Commission’s Ferrari Driver Academy-affiliated Girls on Track Rising Stars programme.

US Racing’s Kacper Sztuka was fastest in the first running of the afternoon, with Stenshorne continuing his consistent pace by going second fastest. He then moved to the fore again at the end of the day, setting a 1m49.091s.

The top 16 were spread by less than a second on pace, and Prema driver Antonelli was 0.237s slower than Stenshorne in second place but in one of AKM’s F4 cars.

The pace was faster on Wednesday, with Wurz kicking off the day by setting a 1m48.339s. Sztuka was next best, and he then topped the next two sessions but with laps in the 1m49s. In session six only Iron Lynx’s Maya Weug (who missed Tuesday), one of Monlau Motorsport’s unnamed drivers and Viktoria Blokhina (driving for BVM Racing as her usual team PHM Racing was absent) improved, while in the next session it was again the Monlau driver and US’s Alex Dunne, who had gone second fastest.

The day ended with Antonelli jumping up to fifth in the overall test timesheet by setting a 1m48.713s. Wurz was the only driver even near his pace, although nine drivers did set their personal best laptimes in the session.