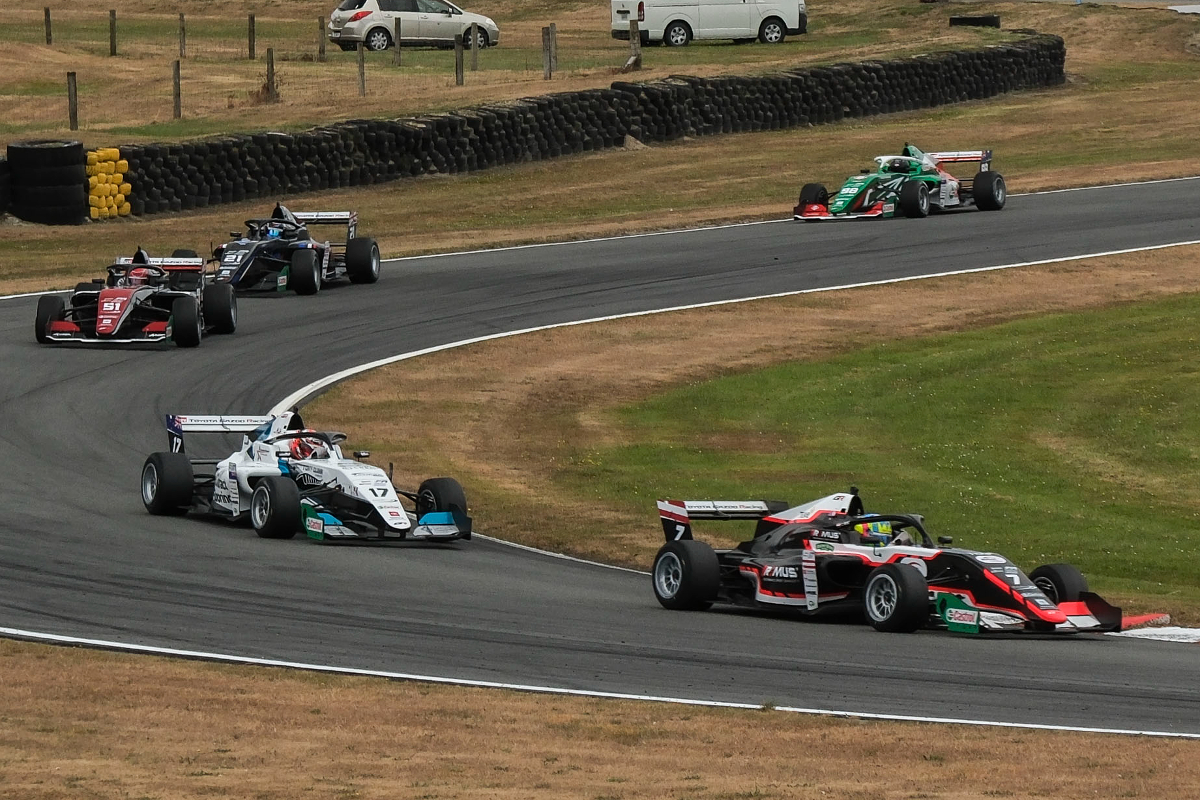 Callum Hedge took pole, but Wurz made a faster start from second on the grid to immediately get alongside. The poleman had the inside line for the opening corner, but Wurz had his car far enough ahead to stay committed on the outside line and sweep around Hedge into the lead before turn two.

The top two immediately gapped the rest of the field, led by Jacob Abel, with the M2 Competition team-mates often over a second per lap faster than those behind around the sub-minute lap.

Hedge kept Wurz in his sights, with the gap usually fluctuating between 0.5 and 0.85 seconds but never shrinking to the point where Wurz was under pressure and so the Austrian took his first FRegional win.

Abel spent the early laps with Josh Mason and James Penrose in his mirrors, with Penrose switching focus to the cars behind him while Mason hounded Abel and waited for the Indy Nxt racer to make a mistake.

But a mistake never came, even when under intense pressure on the penultimate lap, and the two Kiwi Motorsport drivers finished 0.345s apart and over 15s behind the winner.

Penrose finished a further half-second back, and behind him was another tense battle between team-mates.

M2’s David Morales and Liam Sceats ran close together in sixth and seventh throughout, with Sceats trying a move at turn on lap six of 25. He then tucked back in and did not try a move again, but ended up taking sixth place as Morales was penalised five seconds post-race. That dropped him to ninth behind Ryder Quinn and Ryan Shehan.