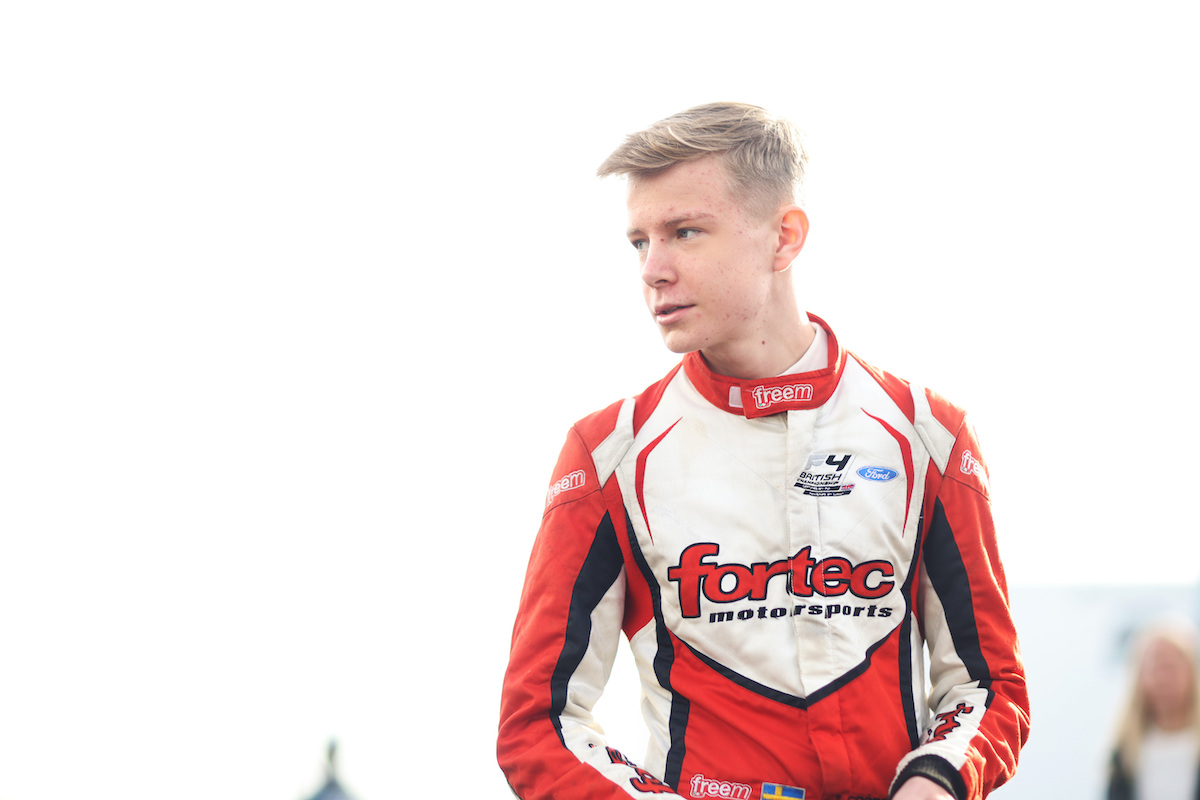 The 17-year-old Swede was champion of the Formula Renault 1.6-spec Formula Nordic series in 2020, then moved his racing career to Britain with Fortec Motorsports.

He finished fourth in British Formula 4 in 2021, winning one race, and took two victories en route to the championship runner-up spot in GB3 last year.

“This is a thrilling step in my career, and literally a new challenge in so many ways,” said Granfors.

“It’s a new continent, all new tracks, a new car, and a new team but I’ve massively enjoyed all I’ve seen of it so far. The team has really made me feel at home and I couldn’t be prouder to be in the #92 Exclusive Autosport Corpay-branded car.

“It’s all about picking your opportunities in this sport and, for me, I feel the package is right to make this move and try to chase the American dream.”

Granfors will be team-mate to the returning Lindsay Brewer and Yuven Sundaramoorthy.

“I am really happy to have Joel join the Exclusive Autosport programme for the 2023 season,” said Exclusive team princial Michael Duncalfe.

“Joel has a proven record on track and his skills and experience will lend itself very well to the USF Pro 2000 car. We had a very successful two-days of testing at Sebring International Raceway this past week.

“He adapted very well to all of the new variables that were thrown his way and his speed showed immediately out of the gate. With the testing programme we have set out for Joel, I am confident he will be a title contender for the 2023 USF Pro 2000 championship.”