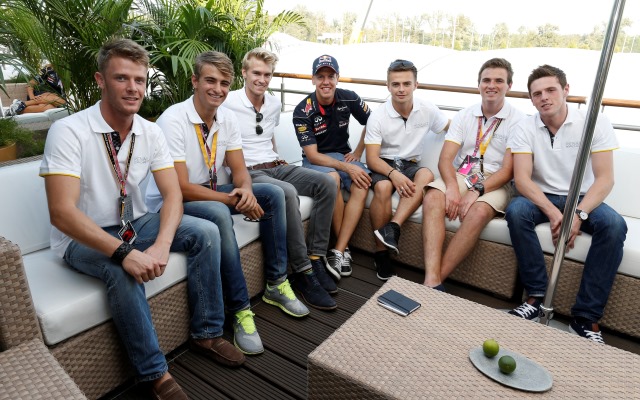 Six drivers from the World Series by Renault had the chance to visit the Formula 1 paddock at the Italian Grand Prix last week and meet numerous key players at the sport’s top tier.

During the course of Thursday, the drivers spent time with Renault’s partner teams Red Bull, Lotus, Williams and Caterham.

Lotus team principal Eric Boullier was amongst the staff on hand at the Enstone squad, while Williams drivers Valtteri Bottas and Pastor Maldonado and chief race engineer Xevi Pujolar all offered their advice.

“We?ve been running this initiative for a good few years now and the enthusiastic response of the drivers shows us that it?s a very worthwhile exercise,” said Arnaud Boulanger, Renault Sport Technologies’ Director of Motorsport.

“In putting aside their immediate sporting rivalries and giving their guests a wonderful welcome, these major players in Formula One have made a significant contribution to the progress of our drivers towards the biggest show in motorsport. The many insights they received will prove extremely valuable to these young men, who are all dreaming of making it to F1. The advice given to them by team principals, engineers, fitness trainers and drivers will help them to succeed, just as it did some of our other drivers before them.

“Over the course of the day they also saw for themselves how important World Series by Renault is to Formula One. One of the day?s high points was their meeting with Sebastian Vettel, who has become the reigning three-time world triple champion within a few short years of making the switch from Formula Renault 3.5 to Formula One. The progress made by the likes of Jean-Eric Vergne, Daniel Ricciardo, Charles Pic, Valtteri Bottas, Pastor Maldonado and 2007 Formula Renault 3.5 Series champion Giedo van der Garde, to name but the drivers they came across today, shows just what can be achieved.”

Marciello and Sims quickest over Wednesday testing at Hockenheim