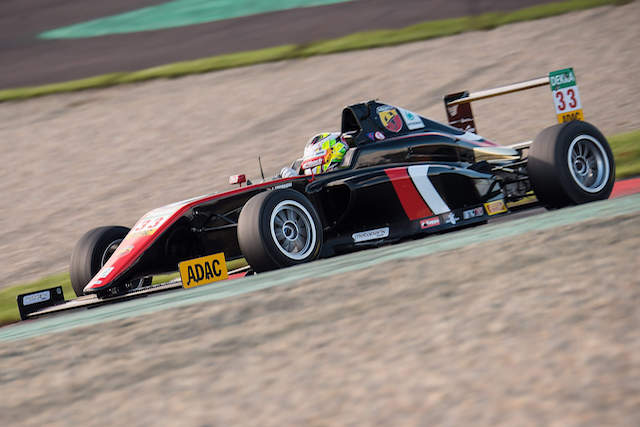 The reigning world junior karting champion?Logan Sargeant will make his single-seater racing debut with Motopark in the new UAE Formula 4 series this winter.

The 15-year-old American will be part of a two-car team from the German squad along with South African?Jonathan Aberdein, who finished 14th in ADAC F4 for Motopark this season (pictured).

The UAE F4 series uses the same Tatuus-Abarth cars raced in the German?and Italian series, and will be held over six events in Abu Dhabi and Dubai. The first event at Yas Marina?on 28/29 October will be a non-championship round.

Sargeant, part of the Infinity Sports Management stable, won the world junior title in karting last September and tested F4 machinery with Prema over the following winter before returning to karts at senior level, triumphing in the WSK Champions Cup.

“Rather than sitting at home and waiting for the odd tests, we can provide Aberdein and Sargeant with a full-on racing program throughout autumn and winter.

“This will prepare them in the best possible way for their 2017 programs: Jonathan will continue with us in the German F4, and Logan is going to do F4?in Europe, too.”

Rumpfkeil added that the team has “had to purchase a full set of equipment [for UAE F4] because we need our German gear to stay in Europe for our extensive testing schedule.”