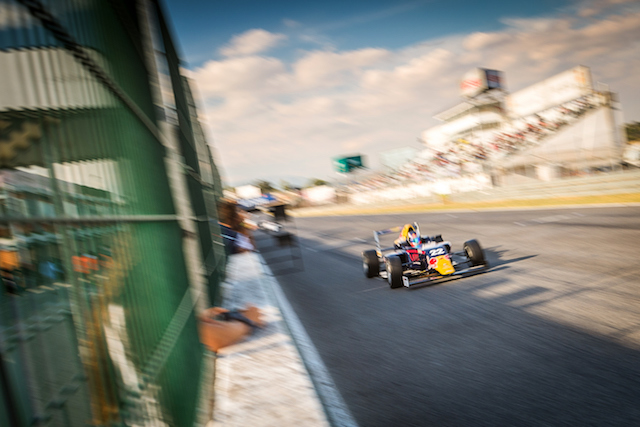 Richard Verschoor added the second title of his rookie single-seater season in the penultimate Spanish Formula 4 round at Jarama and took?another hat-trick of race wins.

Following a triple win at Valencia and another victory at Barcelona in recent weeks, the 15-year-old Red Bull Junior came into the event needing to score just one point to wrap up the crown.

He achieved that with victory from pole position in race one, although he was pushed all the way by?Tuomas Tujula. Race two was a similar story, with?Tuomas Haapalainen completing the podium as he did in race one, when he recovered from a poor start that dropped him from second to fifth.

Haapalainen qualified?on pole for race three but made another bad getaway, which this time resulted in him finishing fifth. Verschoor took the victory with Xavier Lloveras?– who scored a first win at?Barcelona – coming second and Tujula third.