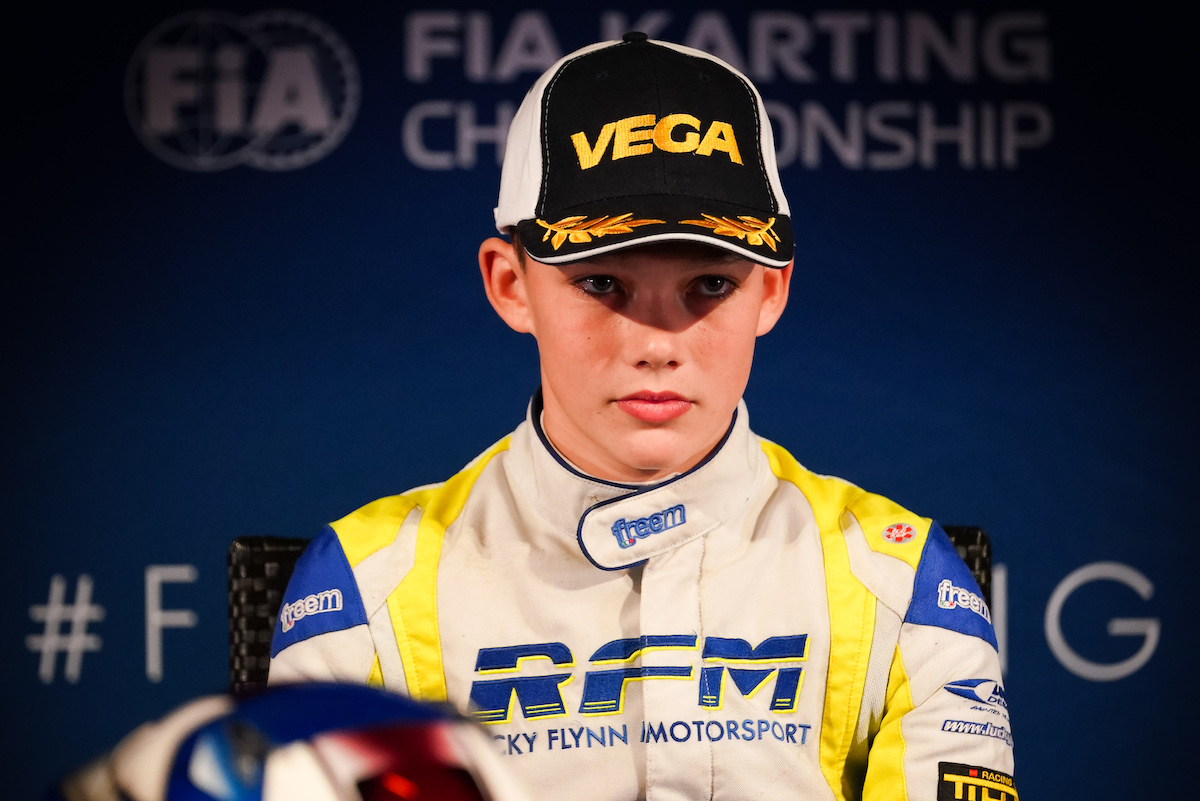 Thomas ten Brinke, the reigning world junior karting champion, will make his single-seater debut with MP Motorsport in the Spanish Formula 4 round at Jerez this weekend.

Ten Brinke, who turned 15 in February, began this year the OK senior category of karting with Ricky Flynn Motorsport, finishing sixth in round two of the FIA Karting European Championship at Sarno in Italy but skipping last weekend’s final round at Wackersdorf, where Mercedes junior driver Andrea Kimi Antonelli claimed the title.

As well as his dominant world championship win from pole position in Finland one year ago, ten Brinke was third in the European OK Junior championship and second in the WSK Euro Series, also with the RFM team.

Ten Brinke’s father Bernhard was a team-mate of Fernando Alonso in the Toyota Dakar Rally team at the beginning of 2020, and has also competed in circuit racing,

MP Motorsport’s Spanish F4 effort increases to seven cars for Jerez with the addition of ten Brinke as well as the Argentine driver Ignacio Montenegro.

Montenegro has karted across North and South America and Europe, placing 18th in last year’s IAME International Final at Le Mans in the X30 Pro class.