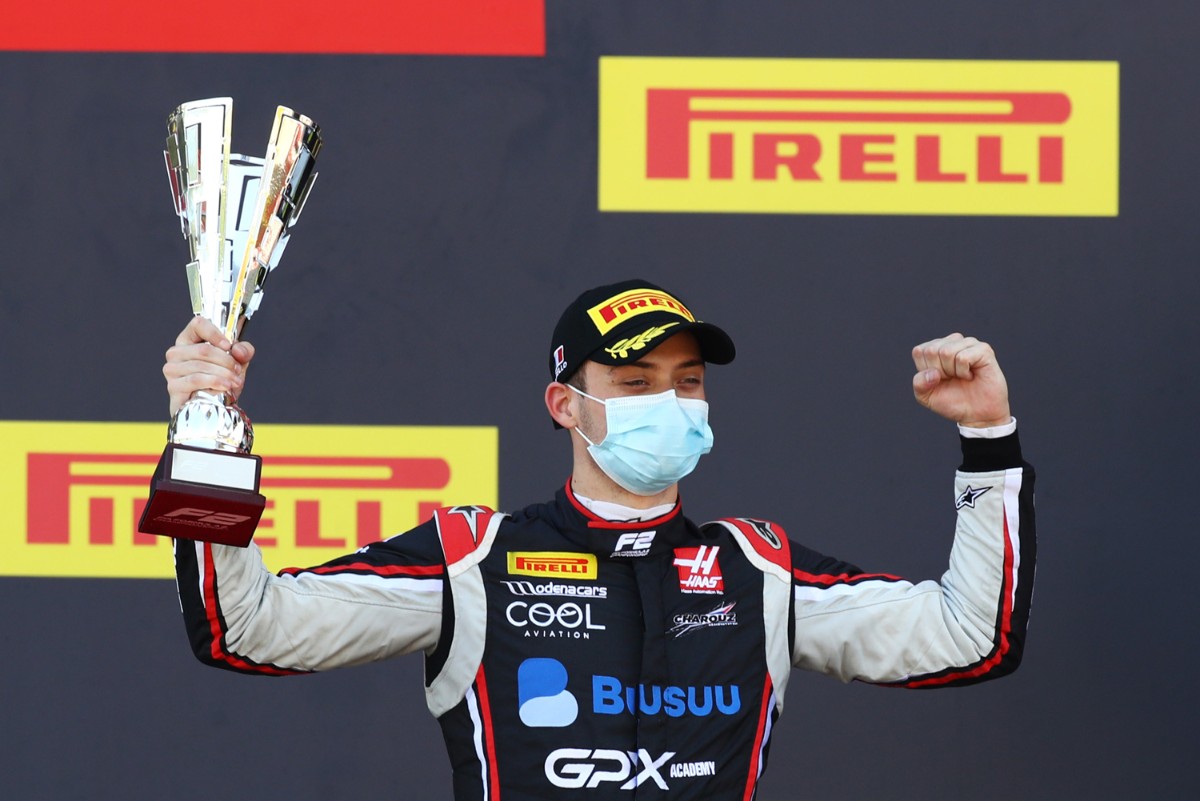 Louis Deletraz believes he could take overall victory in the 24 Hours of Le Mans this weekend on his LMP1 debut, after scoring two Formula 2 podiums in one weekend at Mugello.

The 23-year-old is competing for Charouz Racing System in his fourth season in F2, and while he scored points in 13 of the first 16 races, Deletraz had just two sprint race podiums to his name after the first eight rounds. That changed at Mugello last weekend, where he finished third in the feature race and then second in the sprint race.

This marked his first double-podium in the series and his second feature race podium in F2, as he moved to seventh place in the drivers’ championship.

On Thursday, he will be driving in free practice for Le Mans, which has compressed its pre-race schedule to less than three days of on-track running. Deletraz will be driving for the World Endurance Championship title-fighting Rebellion Racing team alongside two-time overall Le Mans winner Romain Dumas and GP2 race-winner Nathanael Berthon.

“I really can’t wait for the start, for Le Mans next week,” Deletraz said after his Mugello podiums.

“It’s going to be a bit of a busy time for me because we just did three rounds of F2, Le Mans, and then straight to Sochi [for F2]. Probably going to need some sleep. It’s my debut in LMP1 at Le Mans, [we] can fight for the overall win so hopefully, we can do as well as here.”

In addition to F2 and WEC, Deletraz also races in GT World Challenge Europe with Porsche customer team GPX Racing and is team-mates with Dumas there too.

“Le Mans must be very tiring, especially in those cars, and since the start of the season between my programme in F2, in GT3 with Porsche with GPX, and in LMP1 with Rebellion I’ve basically never stopped,” he added.

“I had one week off since round one at Spielberg, which is nothing. I’ve been in cars every week, in the fastest cars in the world, so I just can smile and be happy.”

In the Mugello feature race, Deletraz believes he was “one of the fastest cars” on his strategy prior to two safety car periods that interrupted the final third of the race, while on Sunday’s sprint he claimed he had the pace to take the first win that eludes him.

“It’s been a long time and I’m chasing it,” Deletraz said. “We’ve had a few opportunities, we’ve never actually made it unfortunately but that’s one of the objectives more than the championship towards the end of the year to win a race because I’ve been many times on the podium here, many times in the top five and I’ve never won one. So it’s the only thing missing, is a win.”

Deletraz was a Renault Formula 1 junior when he finished second in Formula V8 3.5 in 2016, and has spent the last two seasons as a test and reserve driver for Haas F1. He represented the team in F1’s Virtual Grand Prix Series this year, was second in the points in the F2 equivalent, and won the Virtual Le Mans 24 Hours for Rebellion and Williams Esports.