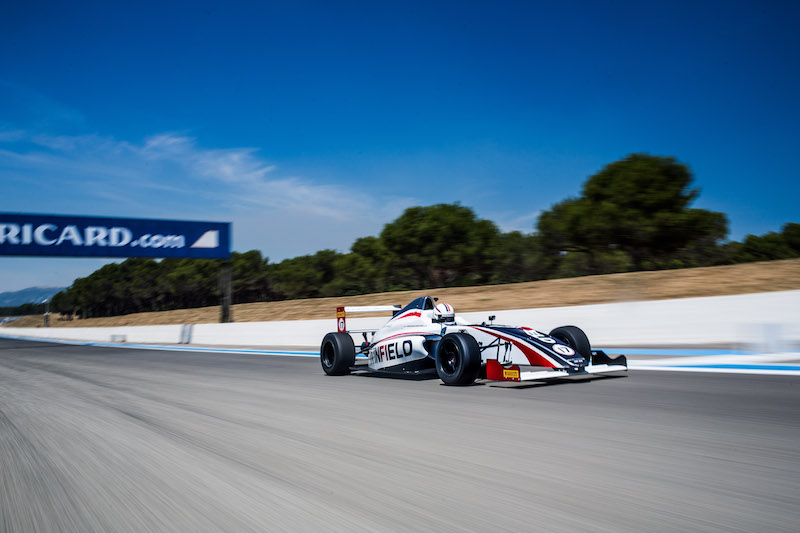 The famed Winfield Racing School scholarship returns next week when 18 drivers will compete for a supported season in French F4.

Caio Collet, Arthur Leclerc and Theo Pourchaire will be among the drivers taking part in a training programme at Paul Ricard from Monday to Wednesday.

The Winfield Racing School, which counts Alain Prost, Damon Hill, Jean Alesi and Olivier Panis among its alumni, was relaunched in 2016 at Paul Ricard and has now revived the Volant Winfield scholarship first won by Patrick Tambay in 1972.

From 58 applicants, 18 drivers aged between 14 and 17 have been selected for the three-day programme, which will involve Formula 1 personnel including Sauber race engineer?Julien Simon-Chautemps and Pirelli’s Greg Thomas.

The first day will focus on the drivers’ mental and physical preparation before they take to the track in Winfield’s own Mygale-Renault F4 cars, similar to those that will be used in French F4 from this year but fitted with Pirelli tyres.

Four practice sessions on Tuesday will be followed by qualifying sessions on Wednesday morning, after which a jury will select three finalists.

Those three finalists will then set a series of timed laps in three different cars, with the jury selecting a winner who “will be?offered a full season in the 2018 French F4 championship, benefiting from the?management and supervision of Winfield during the entire season.”

Some of the finalists are already committed to racing in French F4 this year including Nicolas Todt protege Collet, Charles Leclerc’s younger brother Arthur and French karting prodigy Pourchaire.

Others include Pierre-Louis Chovet, Adam Eteki and Noah Watt, who are all set to embark on full seasons in French F4 after appearing in the series late last year.