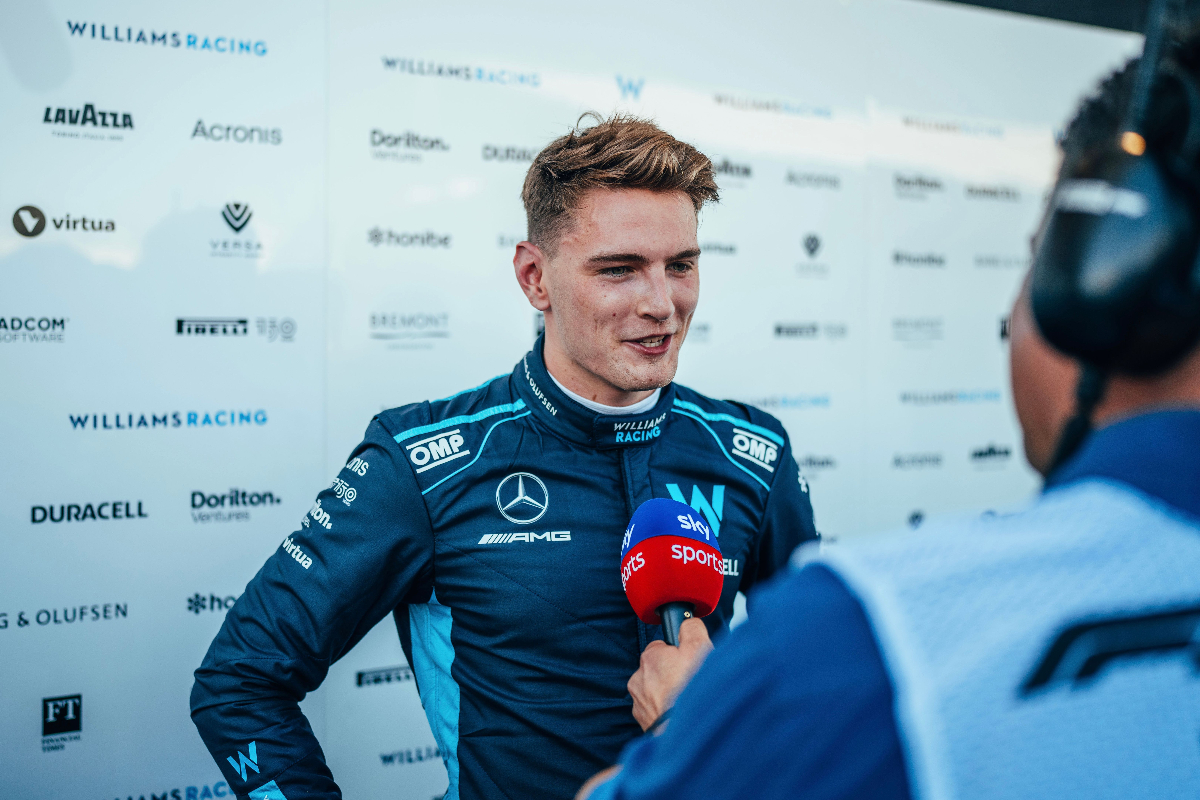 Logan Sargeant is set to join the Formula 1 grid with Williams next season, subject to him finishing high enough in the 2022 Formula 2 championship.

Williams team boss Jost Capito revealed the American driver will join Alex Albon at the team next year, as long as he gets the required points to qualify for an FIA superlicence.

Sargeant, who has won two races in his rookie F2 season and is currently third in the points, must finish inside the top six in the standings in order to guarantee eligibility for the superlicence needed to enter F1. He sits nine points ahead of sixth-placed Enzo Fittipaldi with two races to go.

“We feel he’s ready to race and under the condition he has enough superlicence points after Abu Dhabi he will be our second driver next year,” Capito said.

“I’m a fan of getting young drivers through to F1 as quickly as possible. Get him in as quick as possible and find out if he is capable of staying in F1 long term. I think he is.

“In his first year in F2, he won races and he’s been qualifying very well throughout his career, so we believe he’s absolutely ready to get into F1.”

Sargeant made his F1 weekend debut this Friday with a free practice outing for Williams at the United States Grand Prix. The team also confirmed he will receive two more free practice outings, at the Mexico City and Abu Dhabi grands prix. The latter is also where the F2 finale will be taking place.

“Logan showed a high level of understanding during his FP1 debut in Austin and provided useful feedback to help in the team’s preparations for the rest of the weekend,” said Williams’ sporting director Sven Smeets.

“We are providing Logan further opportunities in Mexico and Abu Dhabi to integrate himself with the team trackside in both free practice sessions and the young driver test as we work hard to support Logan in his efforts towards earning the FIA superlicence.”

Sargeant is the only current F2 driver to be announced as being on the 2023 Formula 1 grid, although would be among three F2 graduates as rookies as 2019 and 2021 champions Nyck de Vries and Oscar Piastri join the grid with AlphaTauri and McLaren respectively.

“I think we can have a rookie because with Alex we have a still young, but also very experienced driver,” Capito added.

“He is established so well in the team, fantastic results, he’s working well with the team – so we can put the rookie alongside him.”