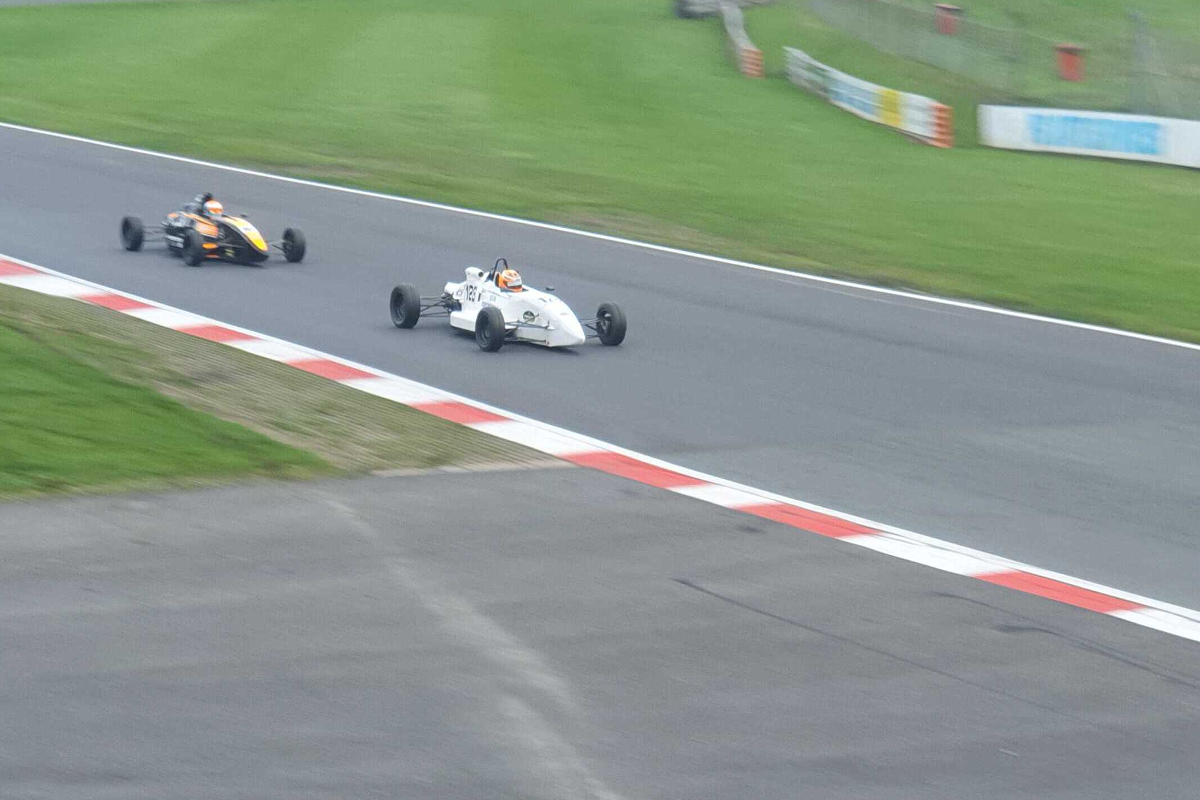 Poleman McCullough remained ahead of Middlehurst at the start, as privateer Tom Nippers moved up to third and Team USA scholar William Ferguson slipped back two places to fifth behind Alan Davidson.

Nippers moved around the outside of Middlehurst at Druids on lap two before completing a move for second into Graham Hill Bend, but ran wide a couple of corners later, allowing the 2021 National FF1600 champion to reclaim the position.

The battle helped Davidson, Ferguson and Oldfield Motorsport’s Brandon McCaughan join the lead group. But McCaughan then tangled on the exit of Druids with Ferguson, who was sent crashing into the barriers and out of the race.

McCaughan dropped to sixth behind Davidson and Kevin Mills Racing’s Jeremy Fairbairn, but reclaimed fourth from the pair on lap eight, by which time the front three had pulled clear.

McCullough and Middlehurst managed to break clear of Nippers in the final laps, setting up a two-way fight for victory.

Middlehurst made a good exit for Clearways on the final tour, but McCaughan remained ahead by 0.147 seconds at the chequered flag.

Nippers finished third on the road, but a five-second penalty for exceeding track limits demoted him to sixth. That promoted McCaughan to third and Fairbairn, who prevailed in a battle with Davidson, to fourth.

Privateers Drew Stewart and Brindley Kinch were less than 0.5s apart in ninth and 10th. Peter Lucas and Derek Palmer Jr also qualified for the semi-finals in 11th and 12th, but BRSCC Chairman Peter Daly will have to take part in Sunday’s Progression race after finishing 13th.