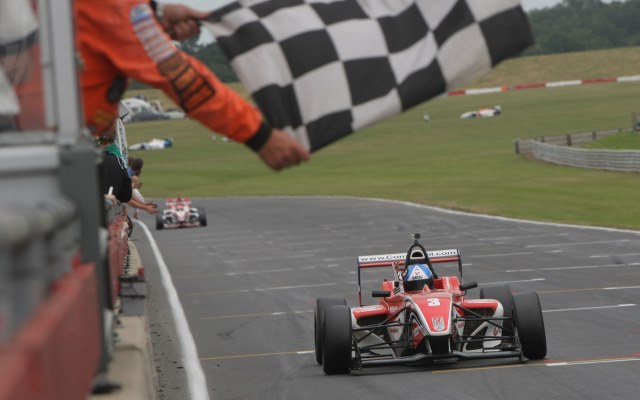 Will Palmer claimed victory in the first BRDC F4 race of the weekend at Snetterton.

After missing out on pole by just 0.004 seconds in the earlier qualifying session, Palmer took the fight to championship leader George Russell on the opening lap, but as they squabbled, Raoul Hyman capitalised to move into first place.

Palmer however moved ahead on lap three, working his way past Russell and then Hyman. In the remaining seven laps, Palmer opened up a three second lead to claim his first win in the main championship, after a victory in the winter series last November.

Diego Menchaca just beat Arjun Maini to the line to take seventh, with the top ten completed by Struan Moore and Chris Middlehurst.