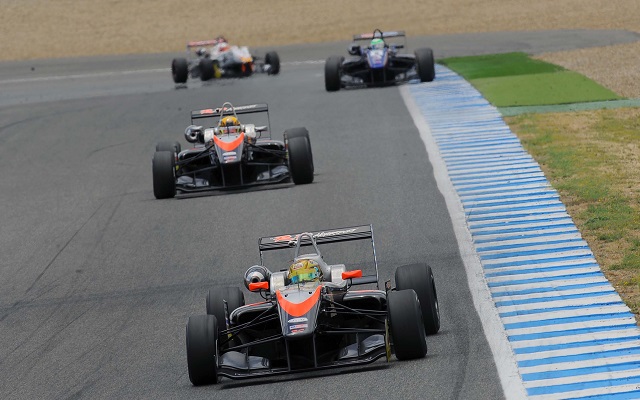 Thai racer Sandy Stuvik collected his third victory of the Euroformula Open season with a controlled drive in a calm Saturday race at Jerez.

Stuvik managed a solid start from pole and went on to lead every race of the lap.

The Thai racer was followed by Artur Janosz, who was unable to challenge him and settled for second. The top three was completed by Yarin Stern, who secured his first podium finish of this season.

Although Alex Palou lost a position to his teammate Konstantin Tereshchenko at the start, constant pressure from the Spanish karting graduate throughout the race finally resulted in Tereshchenko making a mistake. As such, Palou secured fourth, while the Russian had to settle for fifth.

The top ten was completed by Andres Saravia from Honduras, Tanart Sathienthirakul from Thailand and Sean Walkinshaw from Great Britain.