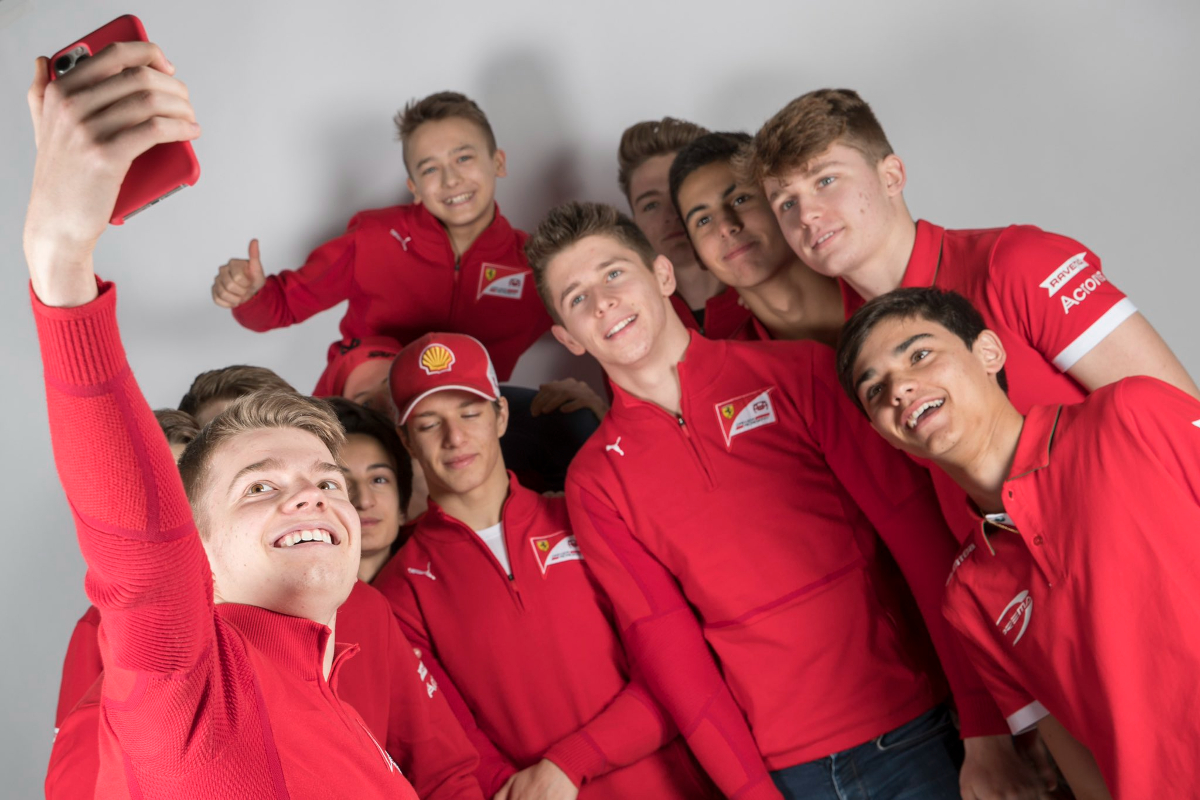 Robert Shwartzman has explained the personal reasons behind his growing social media use as he has come to terms with the death of his father from COVID-19 last April.

Mikhail Shwartzman had been instrumental in his son’s career, funding his early racing before helping to secure the vital backing of SMP Racing by placing its logos on his Formula 4 car for free in 2015.

Since 2018, Shwartzman has been part of the Ferrari Driver Academy and raced for Prema in Formula 3 and then Formula 2. During the off-season he has become popular on the TikTok video sharing platform for his humerous videos.

“A lot of people like to talk about it, and to joke around about me doing some TikTok videos. But I just want people to smile,” Shwartzman said ahead of the F2 season opener.

“It’s very important, especially now at this time when it’s a very difficult situation in the world, to people laugh and smile because that is the very thing that is lacking in my opinion.

“Also for me, I have now a very difficult life after my dad went away, and I just feel that the more I have more positive things in my life and I smile more and I laugh and I talk to people or I look at some funny videos, it makes me more happy. I’m just trying to be who I am, and I’m just trying to give people that sort of positive energy that they laugh and smile.”

Shwartzman won more races than anyone else in his rookie F2 campaign in 2020, but wasn’t entirely happy with fourth in the standings.

“I’m not really satisfied with how it went. I have that sort of feeling that we could have done a much better job and at least fighted for the title until the end. Something just went wrong and we lost quite a lot of races unfortunately, and a lot of points.”

The 21-year-old also expanded on how the death of his father affected him during the season.

“I could go on hours and hours explaining it, telling everything that I feel and how hard it is and what at this stage I’m feeling because probably in some sort of part of the time it’s going to be different.

“But at this moment, yeah, sometimes I suffer. I admit it and I’m not hiding it, it’s tough. It’s hard, and also this thing influenced a lot last year. Because in the very difficult moments of your career, or generally what you’re doing, if you’re missing someone, if you’re missing that sort of one puzzle [piece] in the whole picture, then the picture starts to fall apart.”

Piastri: Schumacher showed qualifying not a limiting factor in F2