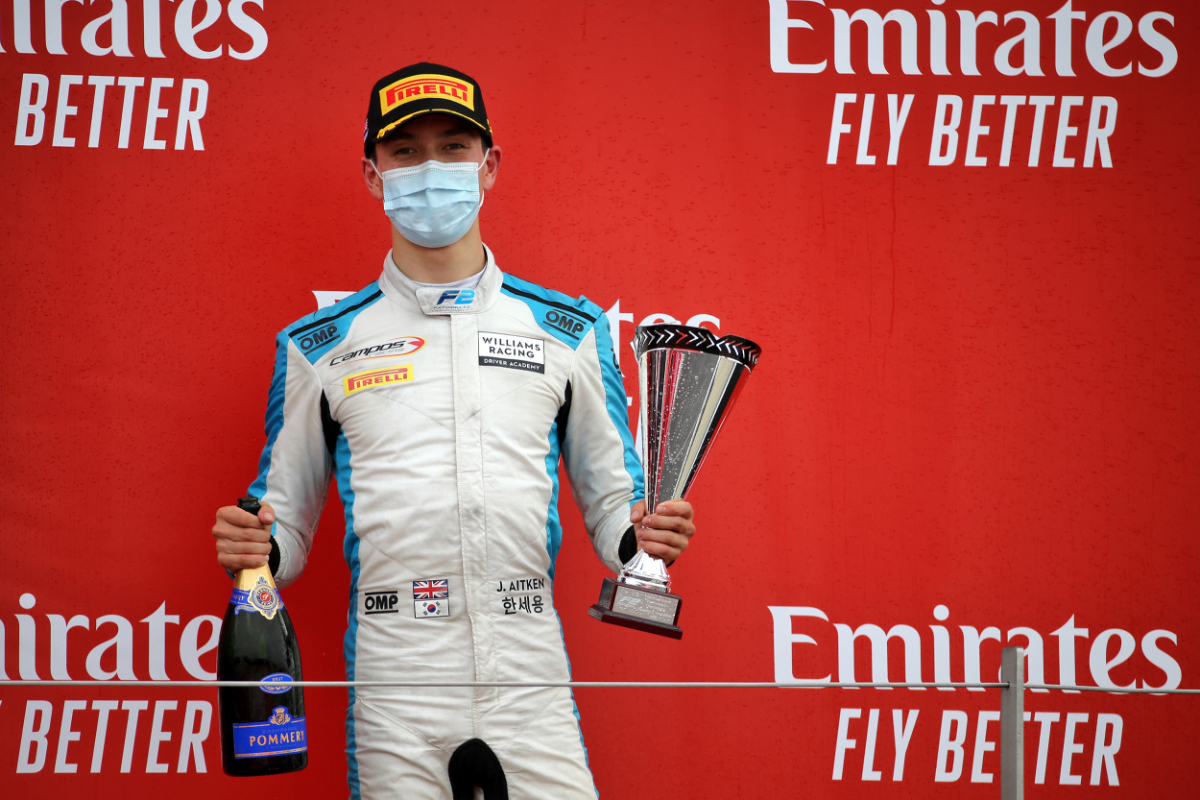 Off-season changes meant Jack Aitken did not start his third year in Formula 2 with a title challenge as expected, but he’s going to be ending 2020 on a high with a graduation to Formula 1 with Williams in Bahrain

Despite a season lacking in a huge amount of silverware, there have been many standout moments for Jack Aitken this year. The first of those came in January, when engineer Jan Sumann left Campos Racing for F2 upstart Hitech.

The turnaround in the Spanish team’s pace in 2019, which resulted in three wins plus fifth in the standings for Aitken, had been in part credited to the inputs of the German. Understandably, his departure created doubts over whether Aitken would remain with the team for another season as had been planned.

Aitken nonetheless remained committed to Campos, but he did end a four-year association with Renault to join Williams as its Formula 1 reserve driver. After winning the 2015 Formula Renault Eurocup, Aitken had been inducted as a Renault Sport Academy member and had worked his way up to the reserve and then test driver position at the team.

His first appearance with Williams as reserve was at the Australian Grand Prix, where he planned to also race in the supporting Regional Formula 3-based S5000 series, but the arrival of the coronavirus pandemic cancelled the grand prix weekend on the eve of free practice and left Aitken and the F1 paddock out of action until July.

In the meantime, Aitken was limited to Esports appearances with Williams, most notably for the Virtual Le Mans 24 Hours (in partnership with Rebellion Racing). In what was arguably the highest-level Esports event of the lockdown period, he finished in third place alongside three co-drivers.

While that opportunity was only a virtual one, a clearer justification of why Aitken’s move from Renault to Williams made sense was just around the corner – even though Williams’ financial prospects had reached a perilous enough point that the team was having to be sold. 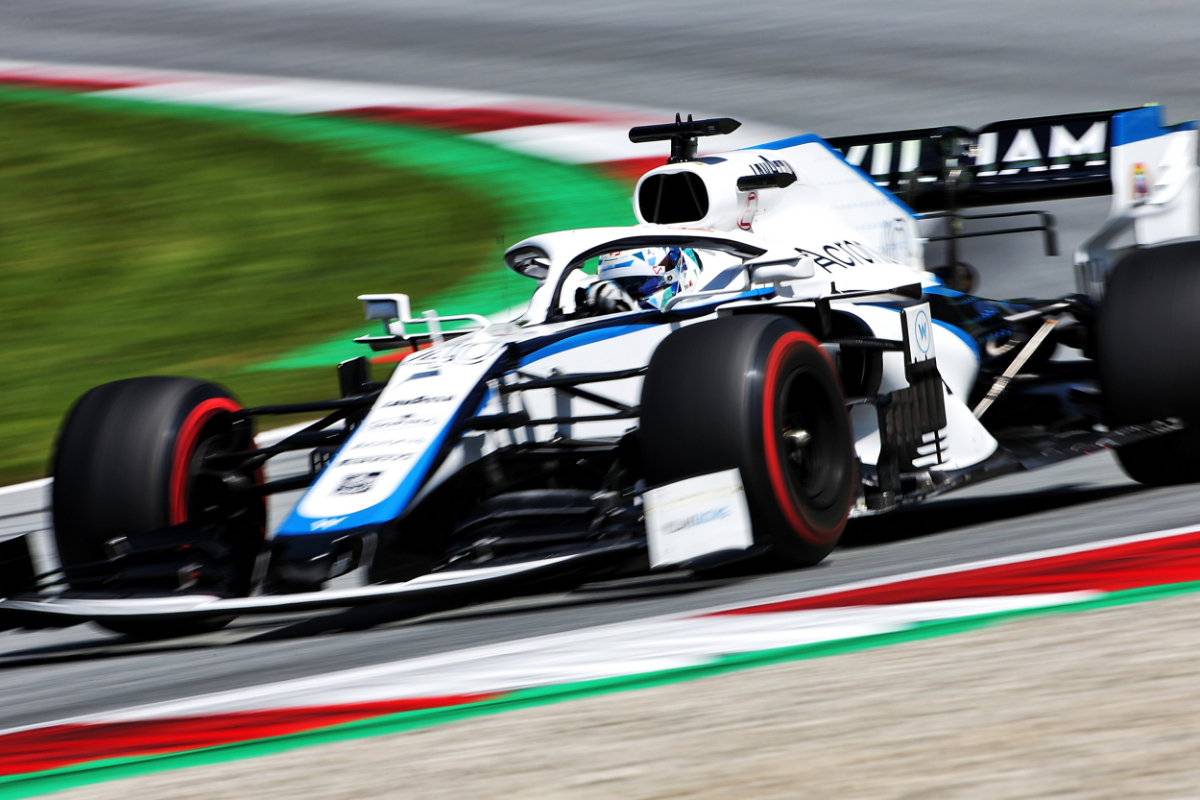 He spoke about Daniel Ricciardo’s 2021 move from Renault to McLaren, and how it connected to his own Renault departure, on Chris Medland’s The podcast that’s not a podcast, podcast in May.

“I would like to say for the most part I did see something like this coming, and I’m not shocked that Daniel’s left,” Aitken said.

“I think it’s the next move of who they replace him with that is more the reason why I’m happy to stick with my guns [going to Williams]. I saw it coming, I’m just not confident that they’re necessarily as invested in their junior driver academy as the junior drivers might hope.”

As it turned out, shortly after the delayed start to the F2 season at the Red Bull Ring in July it was announced that Fernando Alonso would be returning to Renault in 2021 and none of the team’s junior drivers would be in contention to join him. A few days after that, Aitken was making his F1 free practice debut with Williams at the Styrian Grand Prix.

“I did see more of a path for progression with Williams. I’m going to stick to my guns here and say I saw it coming and it’s all going to turn out fine,” he concluded on the podcast.

And Aitken has in some sense been proven right. This weekend he makes his F1 race debut with Williams in the Sakhir Grand Prix on Bahrain’s yet-to-be-used Outer layout, taking the place of George Russell after his old GP3 and F2 team-mate got an unexpected call-up to Mercedes to take the place of Lewis Hamilton after F1’s most successful driver tested positive for COVID-19 following his Bahrain GP win last Sunday.

Williams could have opted for a driver with F1 race experience like super-sub Nico Hulkenberg or nominated Mercedes reserve Stoffel Vandoorne, who was already en route to Bahrain in case Russell was not released for the weekend. But Aitken has clearly made a strong enough impression with Williams, thanks in part no doubt to his strong practice run in Austria. In his first 90 minutes in the car, he appeared to be on the pace and shouldered the majority of the team’s programme for the session after the sister car broke down. 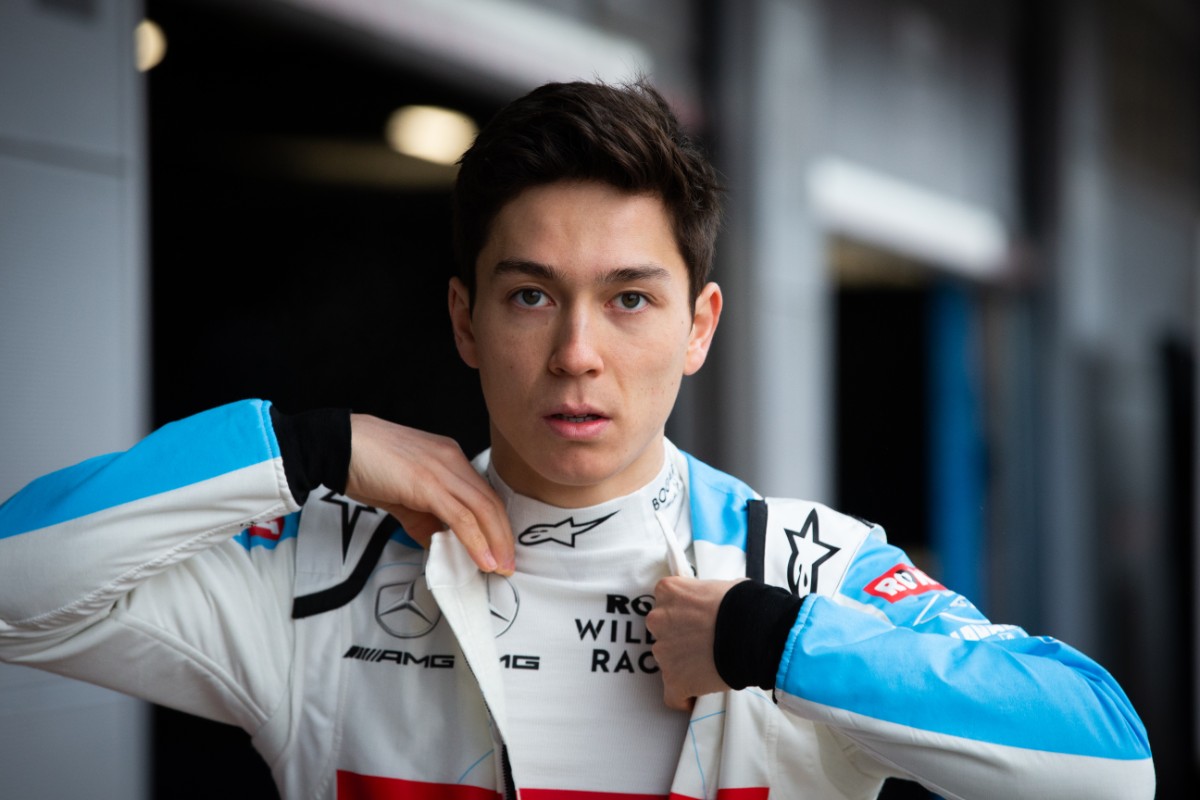 That good impression is hardly surprising given that his efforts behind the scenes at Renault had earned its sustained loyalty through periods when his racing programme wasn’t quite delivering the results both parties were hoping for.

His race debut a great opportunity, possibly his only opportunity, to stick his flag in the sand of the F1 paddock and say he truly belongs there – and Williams just might be at its most competitive this weekend with its Mercedes power on a circuit that is predominantly made up of long straights.

There will be two barometers for success he’ll need to measure up against: his Williams team-mate Nicholas Latifi, and fellow F1 debutant and stand-in Pietro Fittipaldi at Haas.

Aitken more than matched Fittipaldi when they briefly went up against each other in Formula V8 3.5 in 2016, and when Latifi led the points for DAMS early in the season in F2 last year it was Aitken who was his closest title rival at the time before both were trumped by ART Grand Prix’s Nyck de Vries and Campos slipped down the competitive order.

What hasn’t gone Aitken’s way in 2020 is once again the limitations of machinery and of limited resources in F2. The personnel changes at Campos over the winter before the introduction of the new 18-inch wheels and tyres immediately shed Aitken of title favourite status, and he has so far scored all of the team’s points alongside an inexperienced team-mate in Guilherme Samaia.

He did make the podium twice at Silverstone, but not once has he been in a position to win a race this year. His qualifying pace is 11th best in the field, and his average race pace is only 15th best. Given this combination stymies his chances more in the feature races, which distribute more points than the shorter sprint races, it’s not surprising he’s almost scored as many points on a Sunday as he has on a Saturday.

Missing the F2 season finale this weekend isn’t going to be too painful, the top 10 in the standings is already out of reach, and at least hustling a Williams F1 car to a midfield finish will be a better demonstrator of his ability than a similar result in F2. And most importantly, Aitken leaves Campos knowing what he’s done for the team, and what it’s done for him.

“I have to say thank you to Campos Racing for letting me do this, and for everything they’ve done for me in F2,” Aitken said on Twitter after the announcement of his F1 debut.

“Not the way we wanted our story to end, but we had some mega moments together, and they’re a class bunch.” 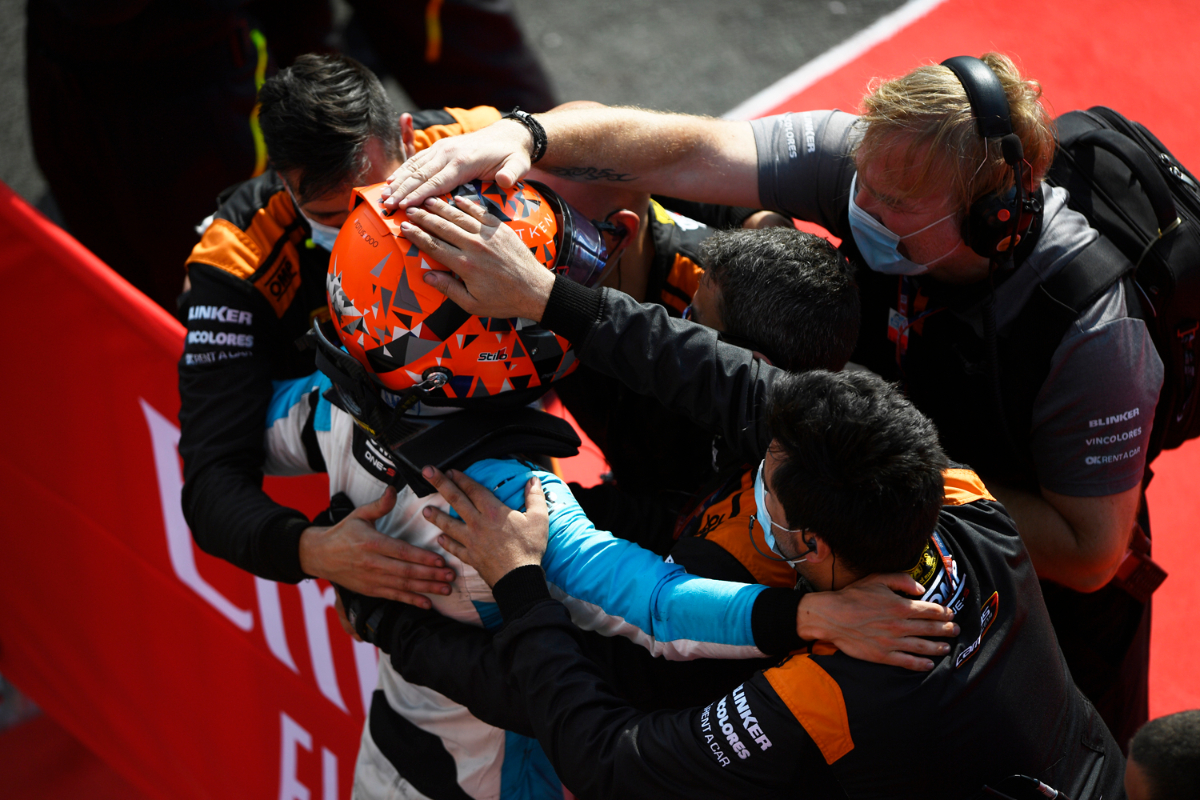