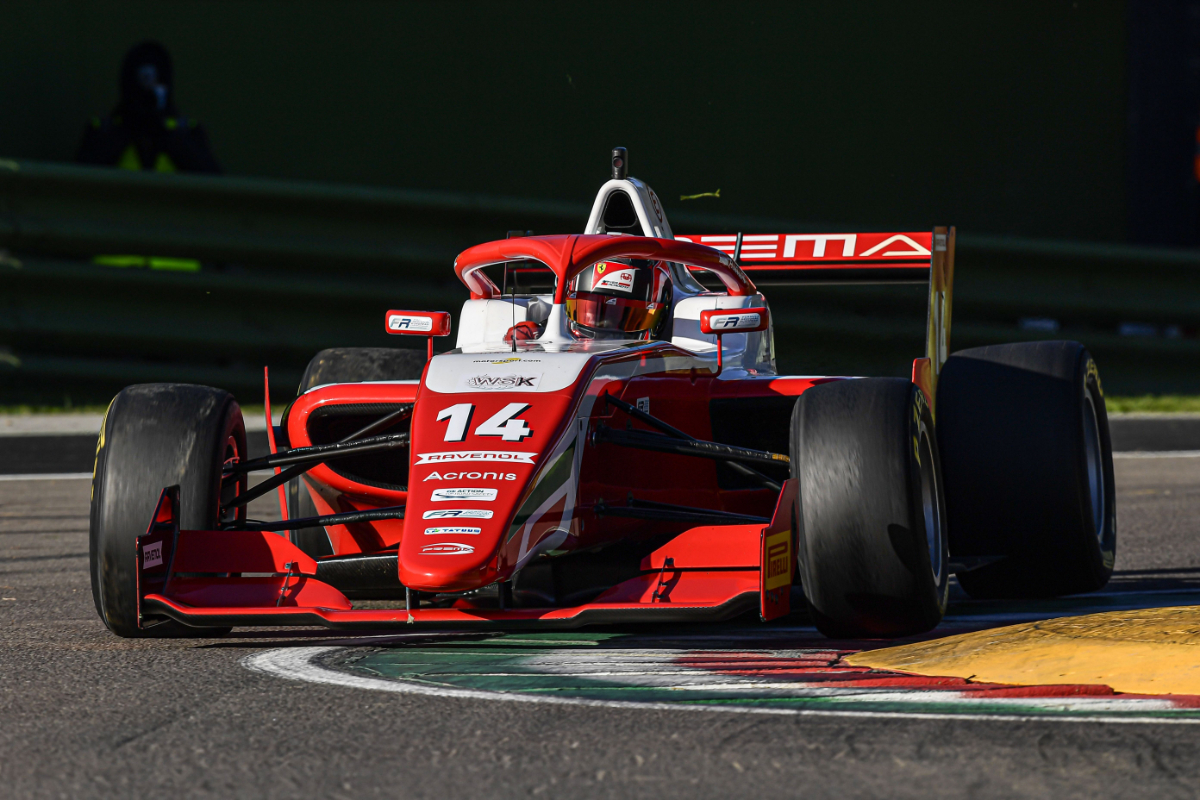 The Prema pair lead a four-way fight for the title heading into this weekend’s season finale, with team-mate Oliver Rasmussen and KIC Motorsport’s Patrik Pasma also still in conention.

Only the morning sessions included representative laptimes in Wednesday’s free practice running, with Leclerc heading points leader Petecof by 0.204 seconds. The rest of the day was either wet or bracingly cold, leading to lots of errors.

There was a further half a second to Van Amersfoort Racing’s Dennis Hauger in third place. Team boss Frits van Amersfoort confirmed to Formula Scout that the Red Bull junior will remain in the car for what will be his third round of the season.

His team-mate Pierre-Louis Chovet and Pasma were also within a second of Leclerc’s pace, with a further 14.7s covering the rest of the pack.

Rasmussen was only seventh fastest, but he was then the only driver to improve on their FP1 laptime in the second morning session. He was second to Leclerc by 0.777s in FP2, and his improvement actually didn’t raise him past KIC’s Konsta Lappalainen in sixth place in the combined classification.

Pasma was fastest in FP3, by which point laptimes had got slower by around eight seconds, and DR Formula by RP Motorsport’s Emidio Pesce was joined on the sidelines by Gillian Track Events’ Gillian Henrion.

There was more action in FP4, with KIC team-mates Lappalainen and Pasma trading top spot but with laptimes that were another eight seconds slower than in the previous session. Pasma ended up winning that little battle by 0.947s.

This meant it was FP1 that mostly set the order for the day, with the table rounded out behind Rasmussen by Jamie Chadwick (Prema), Pesce, Nicola Marinangeli (KIC), Andrea Cola (Monolite Racing) and Henrion.