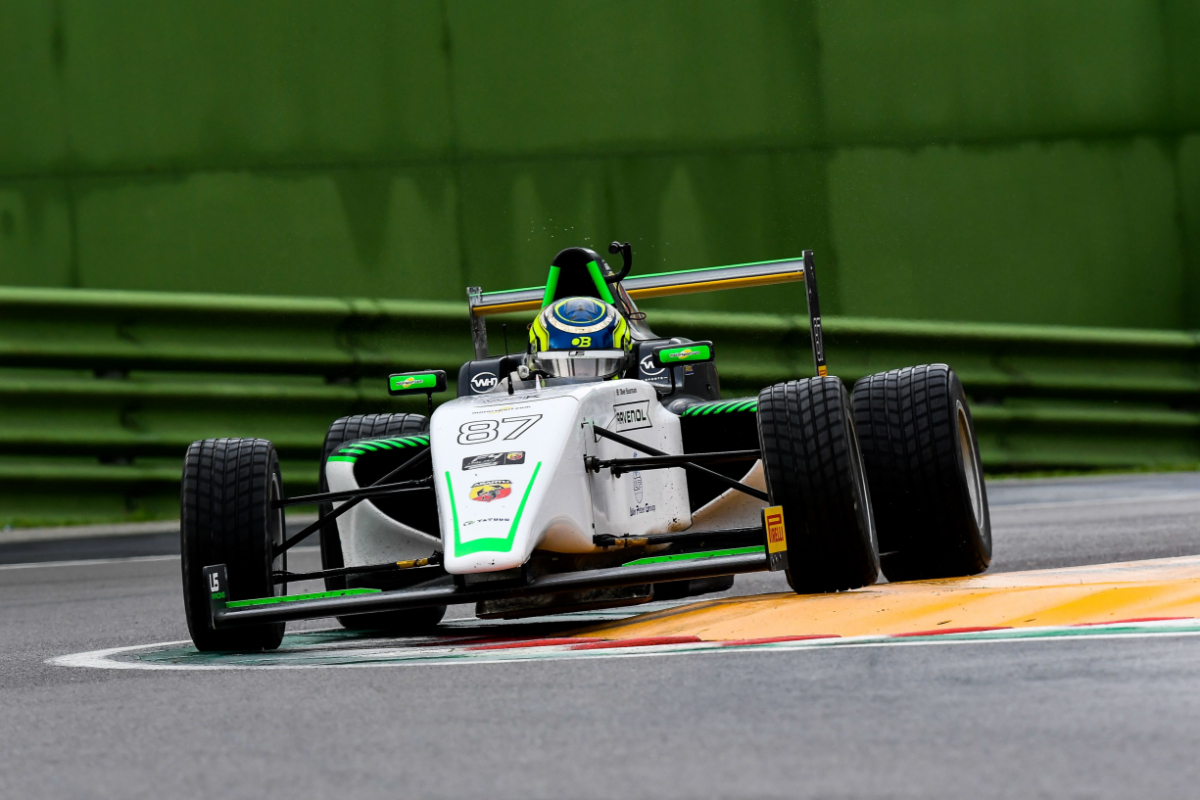 US Racing’s Ollie Bearman set the pace in the driest of Italian Formula 4’s four free practice sessions at Vallelunga on Wednesday.

While snow hit Monza, which is hosting the World Rally Championship title decider this weekend, it was rain that covered Vallelunga and led to drivers doing no more than four laps in the second practice session of the day and resulting in FP4 falling off the schedule.

The top eight were covered by less than a second, with differing fates for the seven drivers going for the title runner-up spot in this weekend’s season finale.

Behind Rosso and Edgar, the next best was Prema’s Dino Beganovic in eighth, then Jak Crawford (VAR) and Gabriel Bortoleto (Prema) with identical laptimes in 10th and 11th. Bortoleto topped the slower FP3 by 0.668s from Crawford.

VAR’s Francesco Pizzi, who heads that battle in the standings, was 1.394s off the pace in 14th, while Jenzer Motorsport’s Filip Ugran was a further second back in 20th place.

After missing FP1, Abu Dhabi Racing’s Hamda Al Qubaisi ventured briefly onto track in FP2, but without the chance to set a lap in more representative conditions she ended up slowest of all by 26.6s

Cram Motorsport’s Mateusz Kaprzyk had to sit out the day entirely, and will also skip this weekend’s races due to injury.

“Unfortunately I have to miss the F4 season finale in Vallelunga due to a small ankle injury. Very unfortunate but 2020 was a good learning curve,” he said.