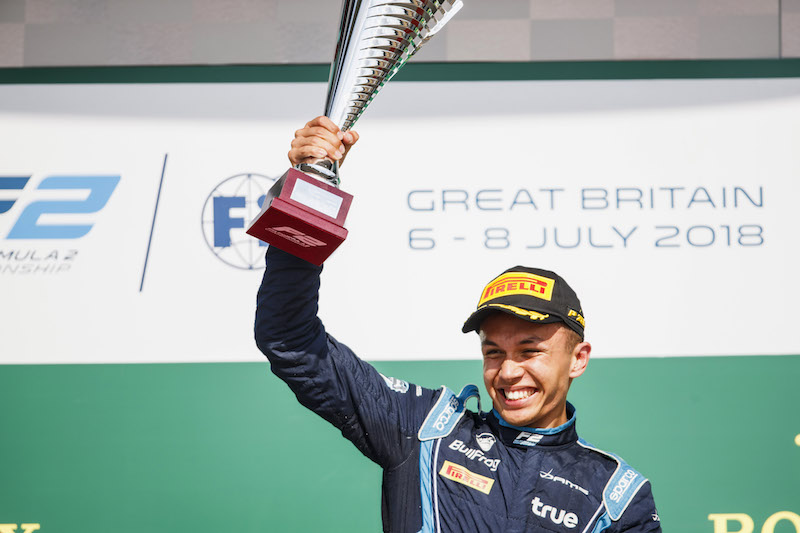 Quite rightly, Russell, Norris and the battle between them has caught the attention of the wider motorsport media. That is particularly so in Britain, where the pair could well be the ones keeping F1 in the news long after Lewis Hamilton retires.

But a third driver is being almost completely left out of that coverage, and in general simply under-appreciated, despite the fact that he has been a close rival for Russell and Norris throughout the season so far.

It was typical of Alex Albon’s unheralded rise that his victory on home soil in the Silverstone feature race – which could and should have been the catalyst for more attention – went practically unnoticed because large proportions of the British crowds and the F1 media alike instead had their eyes on England securing a place in the World Cup quarter finals. The large cheers that went up during the podium ceremony were not for the driver atop it, but for the final whistle in Moscow.

His win was not celebrated as a home triumph in the way that one for his rivals would have been. Albon is rarely billed as ‘one of the Brits in F2’ by the likes of Sky Sports in the same way that Russell, Norris and Jack Aitken are. Whether it’s because of laziness, ignorance or even inadvertent racism, it is unfair: Half-British and half-Thai, Albon was born in London and lives in Milton Keynes. That he chooses to race under the Thai flag should not be held against him. After all, he may not have been able to climb the ladder to reach F2 without sponsors from his mother’s country. 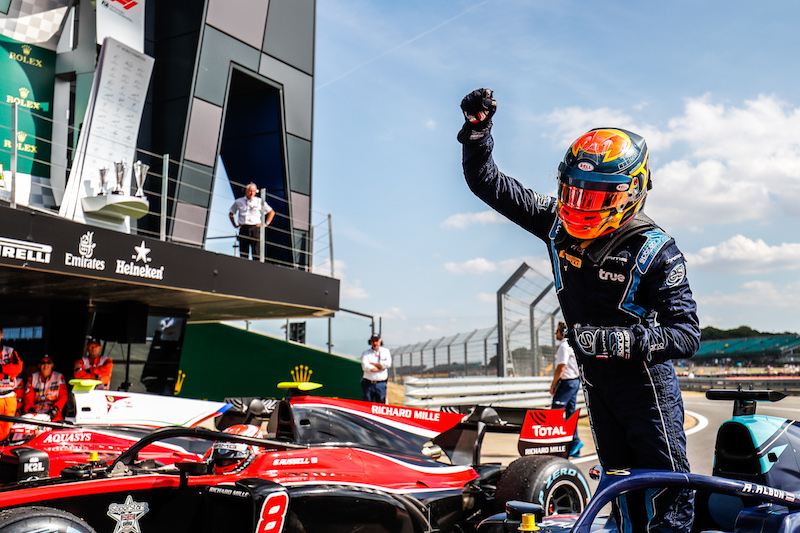 There are other more understandable factors behind the lack of hype around Albon. By all accounts a thoroughly nice guy, he isn’t the type to shout about his own ability. That arguably extends to his relatively modest social media presence. He lacks the status and other PR benefits that come from being an F1 junior, and maybe even suffers the stigma of having been ‘dropped’ by two such schemes in the past.

Perhaps his biggest issue relative to Russell and Norris is that he isn’t a Formula 2 rookie. In any junior single-seater category, it’s hard to make an impression in a second or further season up against those in their first. There is an expectation that you should be beating any rookies, or you just are not as good as they are.

But to qualify Albon’s performances this season by saying he isn’t a rookie is to do him a disservice when none of them had any experience in the brand new F2 2018 car at the start of the year. Of course, there is some benefit to be gained from his 2017 season in the GP2/11, particularly when it comes to the weekend format, tyres and strategies. But to counter that, Albon lacks the support that comes from being an F1 junior: just look at how Russell has progressed since joining Mercedes to see how beneficial that can be.

Overall, the playing field in F2 this year is pretty level in experience terms, and Albon has been just as quick as his rivals, particularly in qualifying where any experience advantage is at its smallest. For a period, he was untouchable in qualifying, taking three straight pole positions. 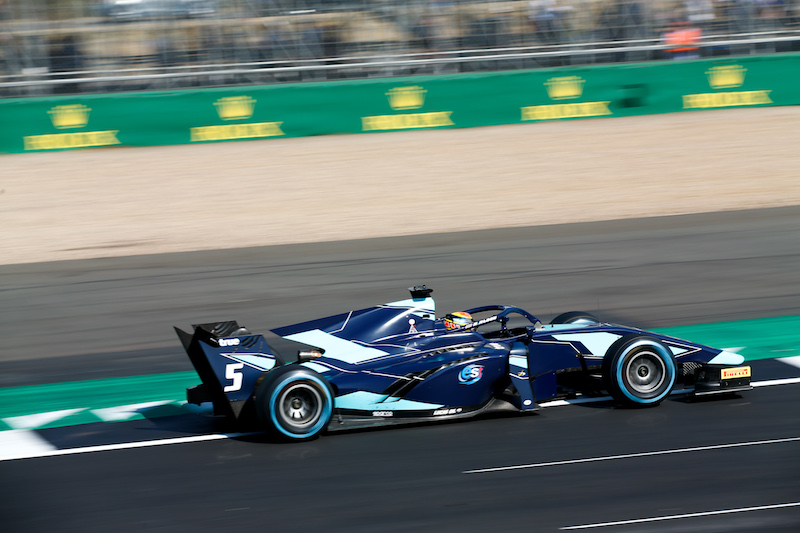 Making that more remarkable was the fact that he began that run while still competing on a round-by-round basis because of sponsorship issues. It was little surprise when he was eventually confirmed for the season because DAMS could ill have afforded to let him go. With Nicholas Latifi struggling to repeat his 2017 form in the sister car, Albon has been single-handedly carrying his team this year far more than Russell or Norris have had to do.

If you were to try and find been one weakness in Albon’s game this year when compared to his rivals, it would be his racecraft. But his excellent, brave move around the outside of the first corner to win the sprint race at the Hungaroring was proof of the progress he has been making.

The result means that Albon cannot be discounted in the title race, even if he is the outsider. At 30 points behind Russell and 18 behind Norris, he is within shooting range should the other two have another bad weekend. That’s despite suffering plenty of bad luck so far, enduring more than his fair share of issues with the now-resolved clutch problems, as well as missing out on victory in Monaco in the unfortunate coming together with Nyck de Vries.

Monaco was somewhere where Albon already demonstrated his talent last year, when he qualified on the front row alongside Charles Leclerc, topping his group. He finished all of his first six F2 races inside the top eight and then broke his collarbone in a mountain biking accident. It meant had to miss Baku (meaning his pole and victory there this year were on his first visit) and after returning, the rest of the season proved tough, and the unstoppable Leclerc denied him a maiden win on the last lap of the year. 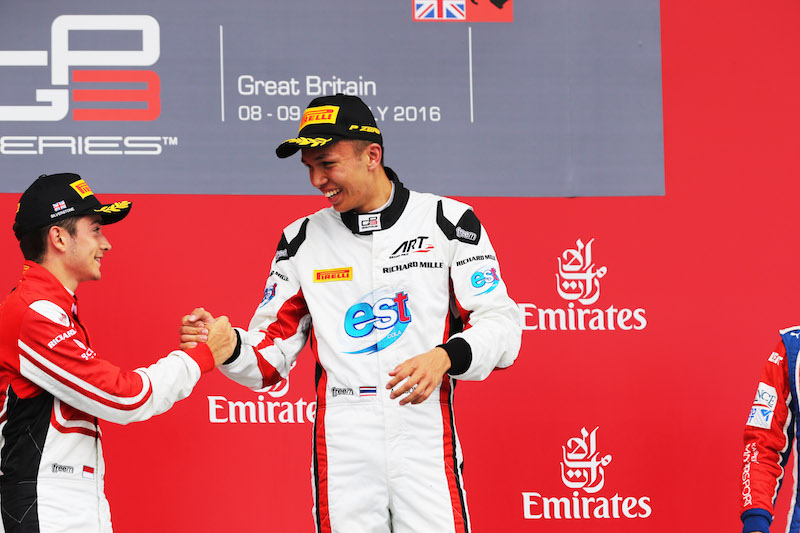 Leclerc has made it clear on several occasions, including this year, how highly he rates Albon. It’s an opinion that has of course been formed at least partly thanks to their close rivalry in GP3, when Albon exceeded expectations to provide team-mate and fellow rookie Leclerc with a season-long challenge, taking the title race all the way down to the final round. It was then that Albon demonstrated that he had the potential to make it to F1.

Up until that point, his single-seater career had been a bit of a slow-burner, something that is undoubtedly hurting his reputation today. In karts he was a superstar, supported by Red Bull, which was encouraged not only by his potential to be ‘the next Hamilton’ but also his links to Thailand, where the energy drink first originated.

After rivalling Nyck de Vries for the 2011 world title, both stepped up to Formula Renault, but while McLaren-backed de Vries came fourth in the Eurocup standings, Albon failed to even score a point. Placed effectively on his own at the struggling Basque outfit Epic Racing – which went on to close its doors at the end of the year – it was a tough baptism, and aged 16 he was dropped by Red Bull at the end of the year.

He was immediately picked up by the Lotus F1 team (now Renault), and while his second season in Formula Renault was effectively a learning year, there was good progress in year three when he came third in the Eurocup, two places behind de Vries. That progress then continued into European F3, where he was sometimes the only driver who could challenge the dominant Prema. 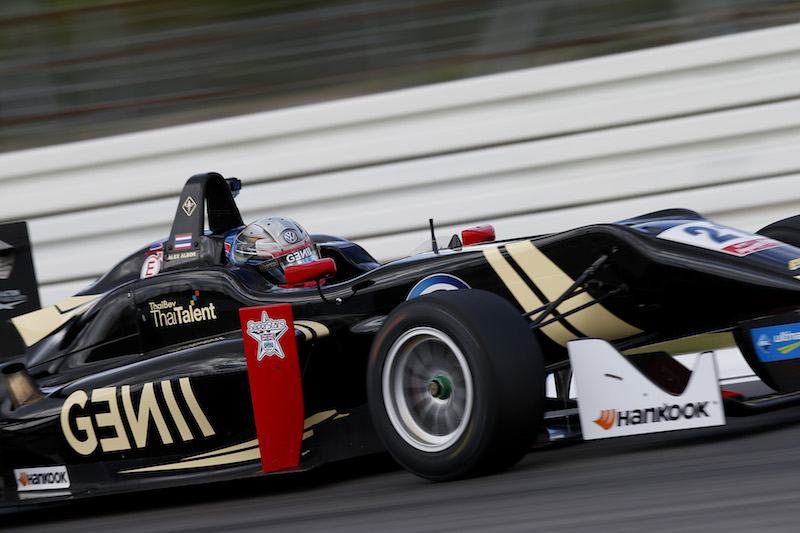 When the Lotus setup was taken over by Renault, Albon wasn’t kept on by the French manufacturer, which prioritised the most recent graduates of its own championships. But Gwen Lagrue, who headed up the Lotus-affiliated Gravity academy and guided Esteban Ocon to F1, did take Albon under his personal wing, even after joining Mercedes where he was responsible for signing up Russell.

Albon was and remains an unlikely candidate to join Ocon and Russell on the Mercedes programme, but Lagrue’s support showed belief in him from a trusted talent spotter.

And that brings us to the future. While it might be a stretch to consider Albon to be an absolute match for his rivals in terms of prodigious potential, that he is rivalling them so closely is form that warrants a chance in F1.

Much of the F1 driver market for 2019 is still to shake out, but without existing ties to a team or big-money backing it’s difficult to see where he could get his chance. One thing that has been clear for some time however is that Toro Rosso is a team on the look-out for possible new drivers. With Pierre Gasly potentially in line for a promotion to the senior Red Bull team and Brendon Hartley struggling to make an impact, there are potentially two vacancies at Faenza. 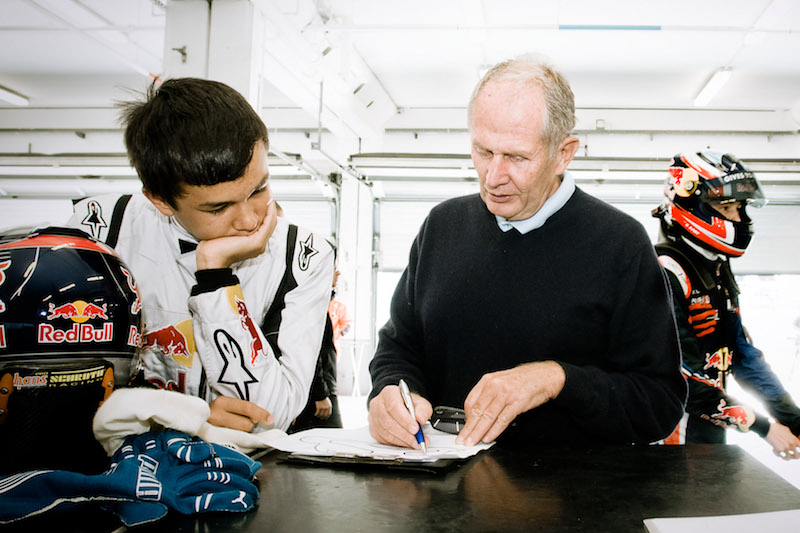 In the past, Red Bull has nearly always had junior drivers that are ready to be promoted to Toro Rosso when the opportunity has arisen, but as its own standards have increased, a gap has opened up in its production line of talent, with Dan Ticktum and Nirei Fukuzumi its current best options. Even if it did feel that one of them is ready for F1, neither are set to have sufficient results for a superlicence. That has led to talk of them eyeing up drivers who are currently tied to rival teams, such as Lando Norris, Stoffel Vandoorne or Antonio Giovinazzi.

If Red Bull were to look beyond F1 for an ‘unsigned’ alternative, Albon is clearly the best option right now. Helmut Marko has already shown that he is prepared to go back and recall a driver he had previously dropped from the junior team. Unlike Hartley, Albon has not remained part of the Red Bull family, and instead been supported by other Thai beverage brands, but the same things that appealed about him as a karter remain true. And there should be no shame for Marko in bringing Albon back, for nobody could not have foreseen the progress he would have gone on to make after such a lacklustre start in cars.

Marko will see Ticktum as ‘his’ Russell or Norris, and rightly so, because he showed the potential to go well in F2 when he tested alongside Albon for DAMS in March. But in F1 in 2019, it is Albon who can fulfil that role. And what a story of redemption that would be. 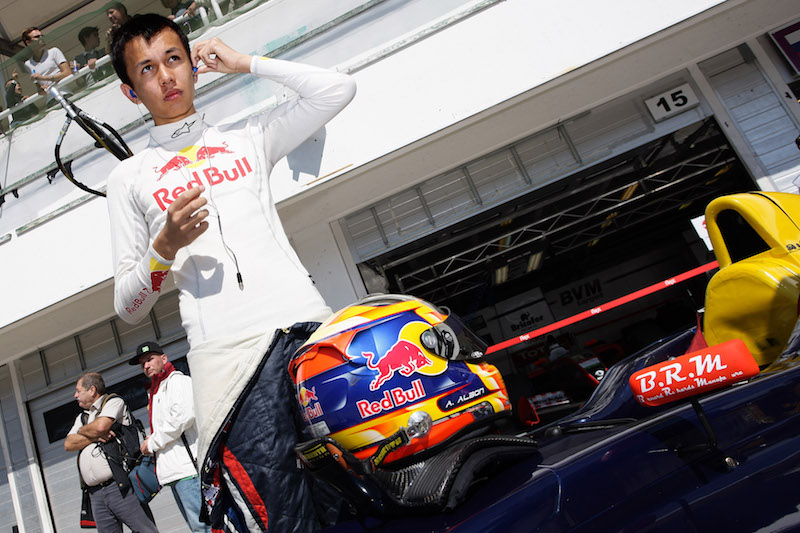