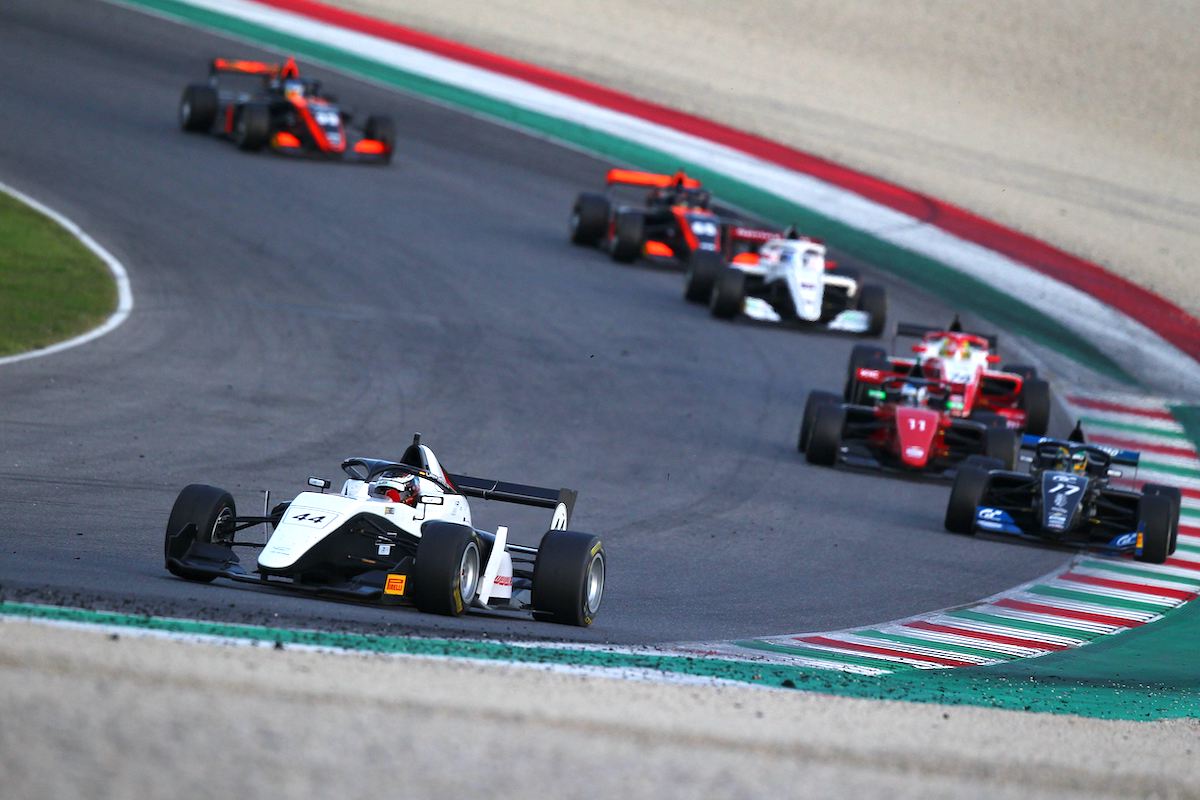 The first ever Formula 1 grand prix weekend at Mugello will also feature the FIA F3 season finale. The track does regularly host other single-seater series and Craig Woollard explains what to expect

“I know Mugello quite well. I have a lot of experience there and a lot of good experience. I did F4 there and also one weekend in Formula Regional, so I am not the one who missed the track time there so this gives me a big opportunity. I love the track and tyre deg will be a big thing and I’m looking really forward to it.”

Trident’s Lirim Zendeli gave his thoughts to Formula Scout on the famed Mugello circuit in Italy last weekend at Monza. He enters the finale as an outsider looking in on the six vying for the title – a finale hosted around the famous Tuscan hills.

Mugello is better-known for being one of the most fearsome circuits on MotoGP’s calendar, normally with grandstands full of luminous yellow, rather than for its history as a circuit for four wheels. But top-line motorcycle racing’s hiatus from the circuit means it becomes a playground for Formula 1 at a time where the cars are at the fastest in history (at least in qualifying trim).

This is going to make F1 qualifying in particular really special. The laps that will be set shall likely be etched in the memories of the drivers, around a circuit F1 may never visit again. The Tuscan Grand Prix itself may not be a fantastic race due to the nature of the circuit, but it will be a sight to behold and will make for a great one-off.

Accompanying F1 are its feeder categories Formula 2 and Formula 3. Not since 1997 has the tier immediately below F1 raced at the circuit (an International F3000 title decider in favour of Ricardo Zonta), while F3 cars have been a regular at the venue through the years and used to host the original F2 in its later years – Mike Thackwell being the most recent F2 winner.

Italian Formula 4 and Formula Regional Europe are regulars at the circuit, while Euroformula Open is to also head to the venue this year after the returning Mediterranean Grand Prix was called off. The FIA F3 cars are not the same as the Regional F3 or the F4 cars, but there is plenty to learn from recent races there. 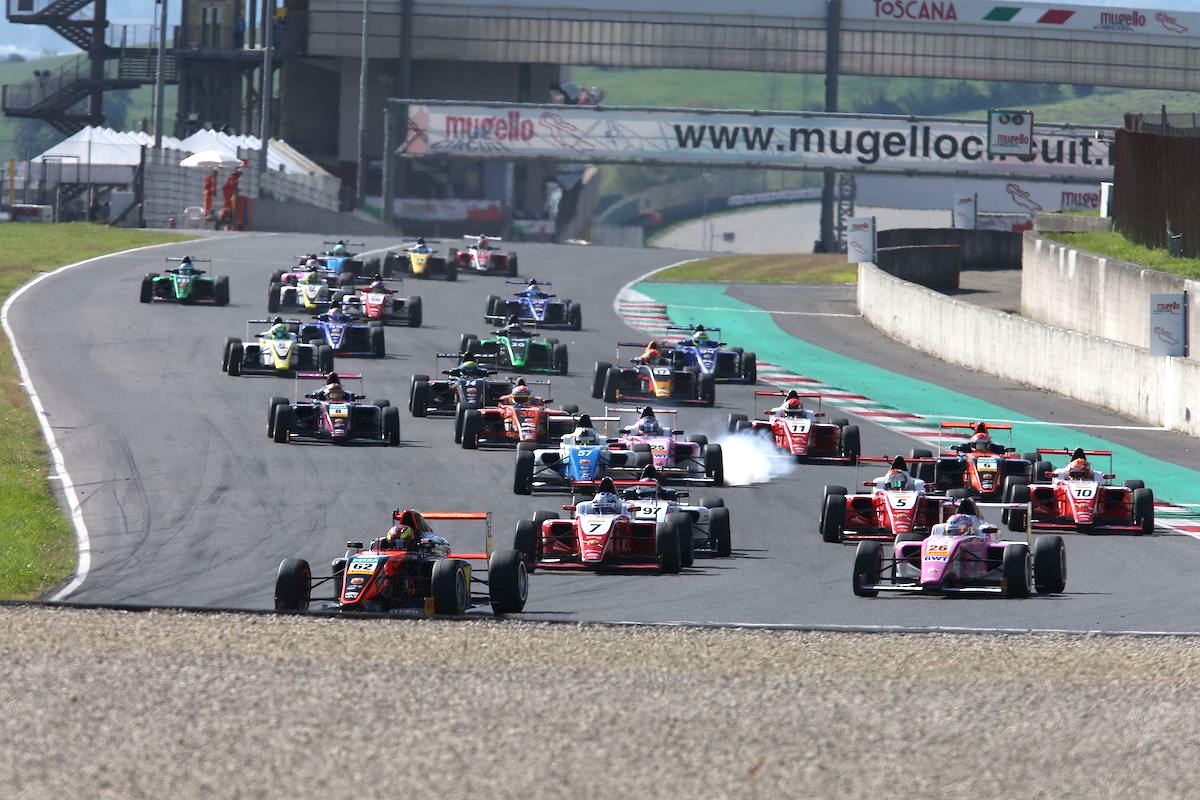 Like with F1, qualifying is going to be very crucial. The corners that will be just about flat in the top machinery will be anything but when it comes to the support package. Nailing that qualifying lap is going to be so important, not just for the four points that come with pole position in F2 and F3. And it is going to be one of the most difficult laps on the calendar to master.

The circuit features one long straight that has relatively quick hairpins either side of it. The rest of the corners are fast, tricky and leave little room for error. Short straights mean there is only a brief amount of time to breathe before heading straight into the succeeding sequence of corners.

Turns 6 through 9 – Casanova and Savelli, which form effectively a quick right-left chicane, and the pair of mighty fast right-handed Arrabbiatas – will be one of the finest sections of racetrack on the calendar in the three categories on the F1 bill in 2020.

Naturally, this style of circuit should mean that overtaking is going to be nearly impossible. Generally, great motorcycle circuits make for rubbish single-seater circuits but it’s not always the case. For F3 especially, the nature of the finale should still make for a brilliant contest.

Having so little room for mistakes means that even the smallest of blunders will be heavily punished. Messing up one corner compromises the next, and lap time just slips away and that DRS window to the car behind edges closer. Do not expect the Monza slipstream-epics of last week, but drivers will be looking to make moves, especially in the partially reversed-grid race.

And that second race could prove to be the race in which the title is clinched. Whichever one of the six comes out on top is likely to have to do some serious overtaking through the weekend, not least because the top two come in with potentially crucial grid penalties. 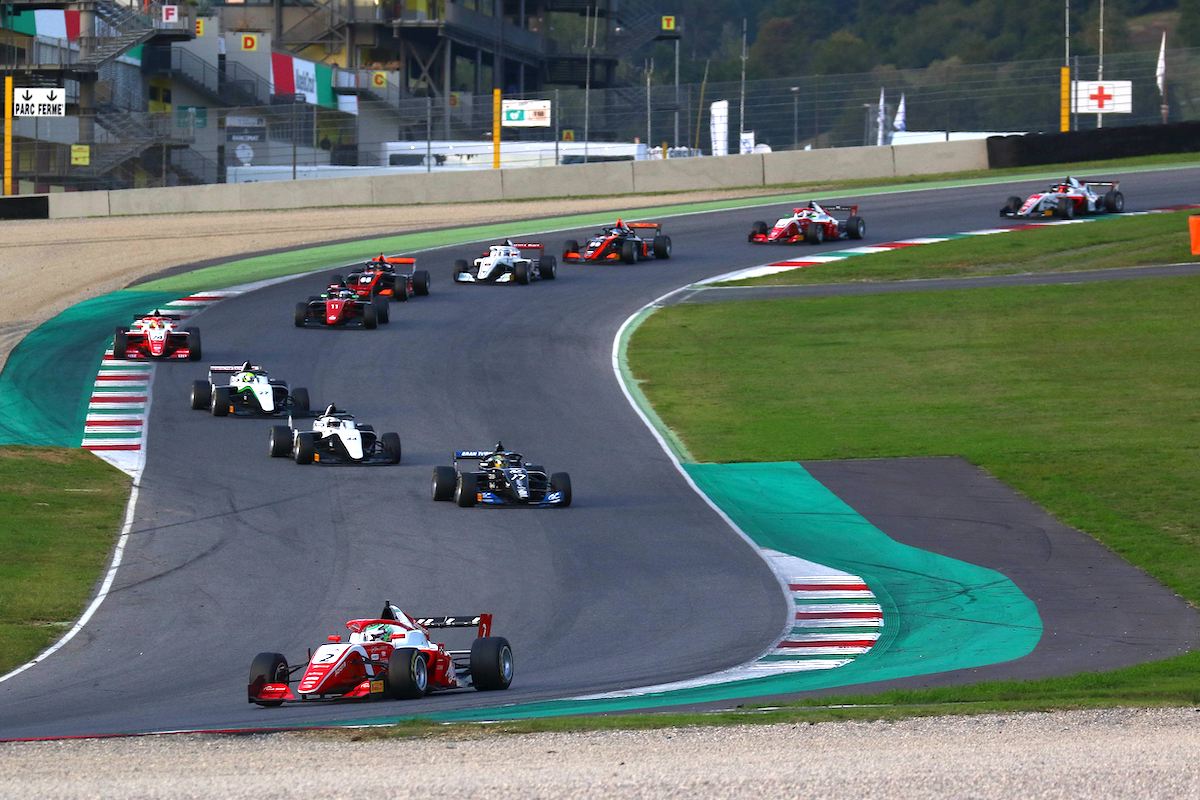 Championship leader Oscar Piastri is to be set back five spots while Prema team-mate Logan Sargeant – who has been the standout qualifier in 2020 – is set back three. The third Prema and absolute outsider Frederik Vesti was exceptional at Mugello a year ago in FREC – taking a brace of wins and clinching the title in the third race. He is expected to be particularly potent around Mugello.

With the top 10 in the first race reversed for the second, and with the title potentially on the line, those still in contention will almost certainly have to make some moves to be able to fight for the crown when it matters.

Turn 1 will be the critical overtaking spot. It comes off the back of a very long, slightly curved straight, and is the sole (but lengthy) DRS zone. It itself is a fast right-hand corner and is preceded by a slightly slower left-hander before the main straight. Passes won’t be easy, but they certainly will be worked for.

That’s not to say that passes won’t happen elsewhere – especially if drivers can be forced into errors or a train forms as we often see in F3. Opportunistic passes will be key, but they can come with severe consequences if they don’t come off properly. Doing so on Saturday means starting right at the back on Sunday around a track which is not easy to pass on – something that, quite frankly, is less than ideal. A misjudged move may cost more positions than a driver aims to make as well, which won’t be easy to make up for.

Mugello is a totally fitting venue to host a finale for a championship as coveted as FIA F3. Nearly 30 cars blasting around the twisty Tuscan scenery with a fifth of the competitors still in contention will prove to be fascinating even if there isn’t much overtaking. Whatever happens, this decider will go down as a special one in the history of the third tier on the F1 bill. 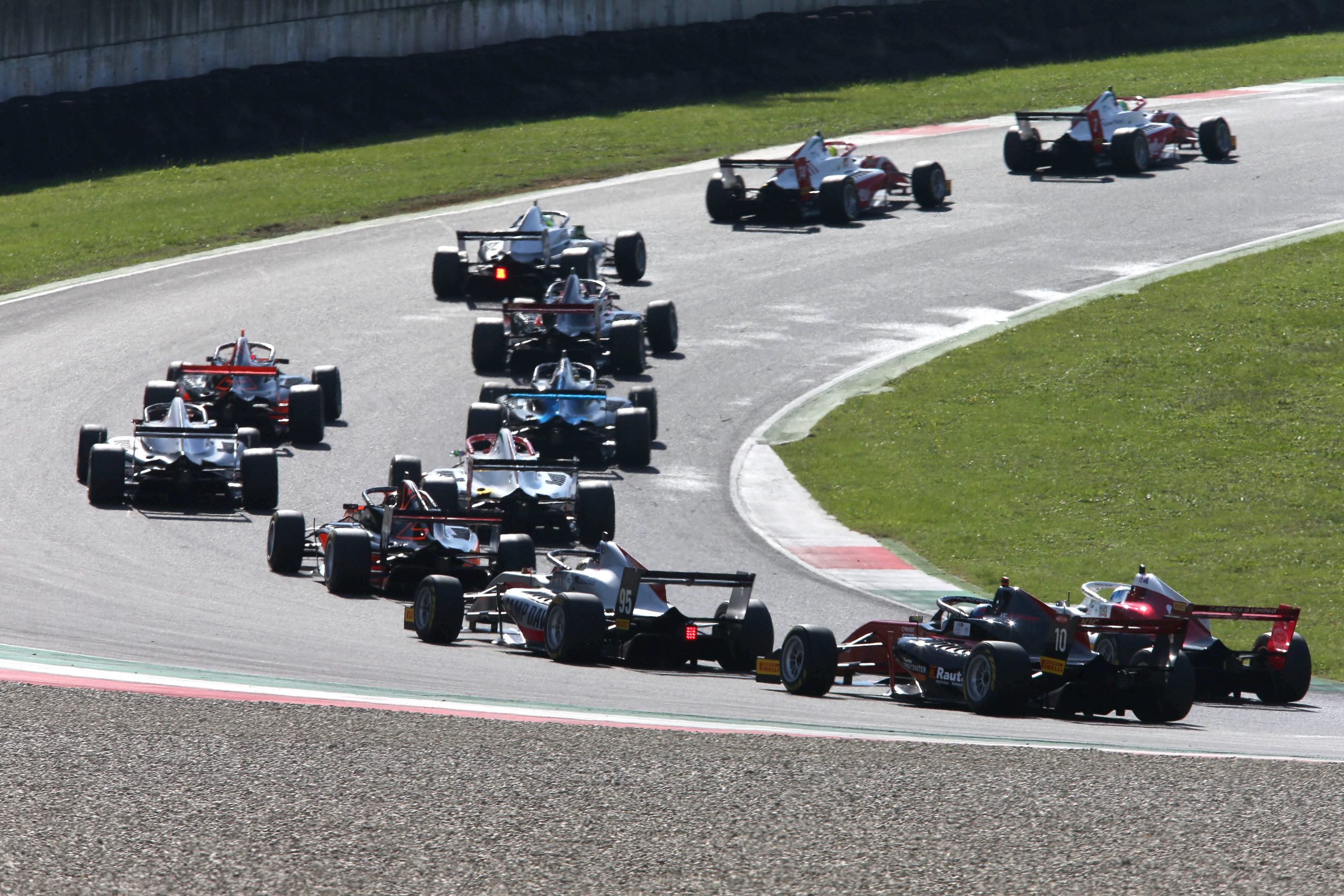