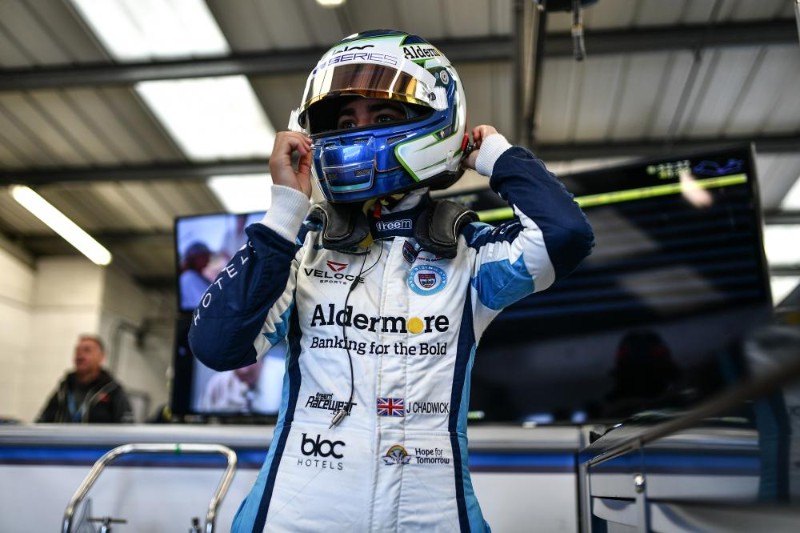 Jamie Chadwick’s decision to race in the Walter Hayes Trophy, as first revealed by Formula Scout, may be a surprise to many, but is another example of a historically successful formula’s extraordinary driver popularity

When a Formula 1 development driver and international Formula 3 champion decides to enter some races in entry-level single-seaters, there must be a pretty compelling reason for them to do so. Drivers rarely step down a category just for the fun of it, and even big-name entries in F3’s Macau Grand Prix are anomalies rather than commonplace.

While the Guia Circuit obviously has huge pulling power, the Dallara F312/F317 used in the grand prix from 2012 to 2018 was also a key attraction for drivers who had raced it previously. Speak to anyone, driver or engineer, who learned their craft with that car and they won’t have a bad word to say. The same applies in Formula Ford 1600.

The wing-free FF1600 cars are where a majority of F1 drivers started their car racing career prior the creation of single-make championships in the 1990s, and unlike other junior single-seater series still runs on grooved tyres.

Chadwick’s first years of experience came in sportscars, and she was already a British GT4 champion and 24-hour race winner before moving across to BRDC British F3 in 2017. A consistent season with Double R Racing netted one podium, and she ended the year by joining Scottish team Graham Brunton Racing for the WHT. 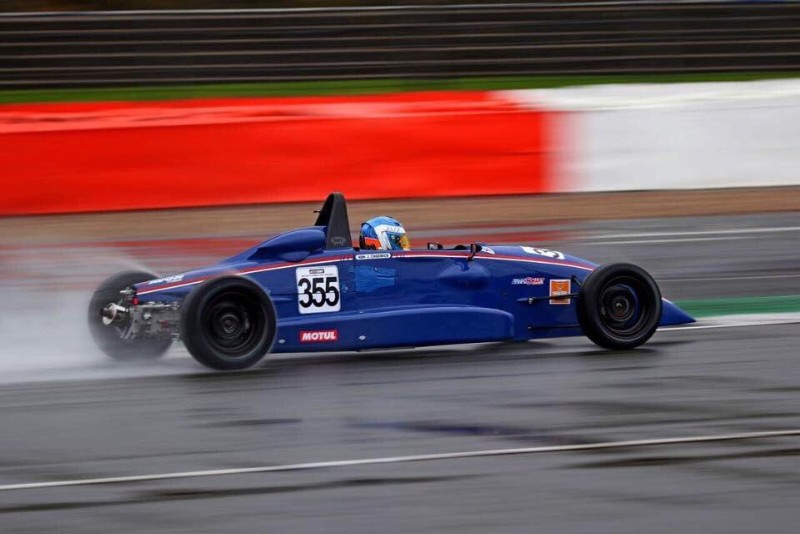 With over 100 entries in cars built by a variety of manufacturers, the WHT uses heats, semi-finals and ‘second chance’ races to decide who reaches the final. Chadwick succeeded in doing so, but an engine misfire meant she was last of the finishers.

?Formula Ford racing is so much different to what I?m used to in F3. I?m used to a lot of aero and downforce, whereas here it?s the complete opposite,? Chadwick explained to Formula Scout at the time.

?Even in eight laps in my heat, there was more racing than I?ve had all year! It?s not got the big wings and slicks that mean you can?t closely race. It?s got a sequential gearbox, so you learn how to properly go down a gearbox. You learn a lot of car control with it not being on slicks too. It?s wicked.”

Chadwick was similarly excited when she first drove Double R’s Dallara F317 earlier this year in Euroformula Open, a series she could race in with the team next year – and a car she’s already scheduled to test again.

GBR boss Graham Brunton spoke of Chadwick’s “guts” to make the step down, and there’s arguably more at stake now her reputation extends to being a Williams F1 and Aston Martin sportscar junior and a winner of two single-seater titles this year.

Chadwick planned to enter the preceding week’s FFord Festival this year, but a schedule clash means she’ll only be in for the WHT. The Silverstone-based event was previously a target for Nelson Piquet Jr after winning his Formula E title, and other professionals such as Porsche’s Earl Bamber and Australian Supercars star Shane van Gisbergen have voiced intentions to enter one day.

Oliver Askew and Kyle Kirkwood, recipients of the Team USA Scholarship in 2016 and set for IndyCar futures, are planning a second WHT attempt after starring in it at the start of their careers, as is former Toro Rosso F1 driver Scott Speed. 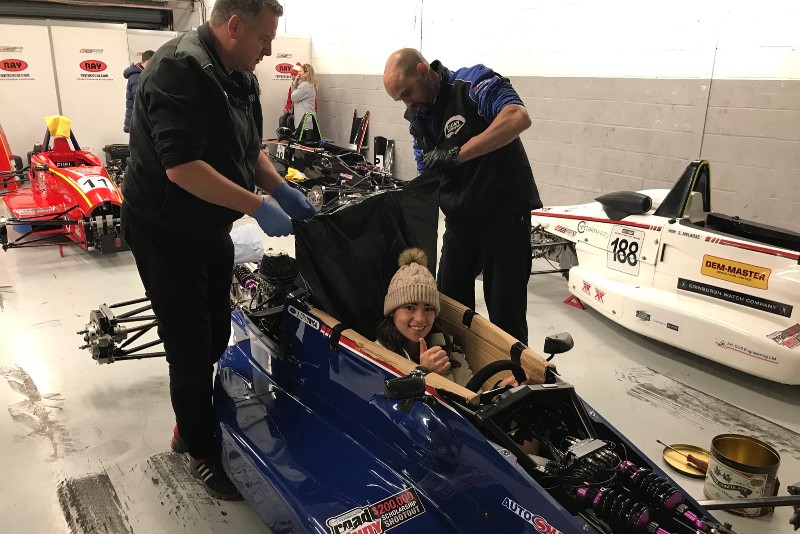 It’s not cameoing stars that Chadwick has to worry about, because FF1600 has a core of drivers who know their cars, the circuit and the tricky November weather inside out. Don Hardman Racing’s Joey Foster and Kevin Mills Racing’s Michael Moyers are multiple-time winners who have already confirmed their presence, and Team Dolan’s Niall Murray could return.

The argument can well be made that the field will be of a higher depth of quality than W Series, and in cars without driver aids or telemetry. One famous description of the FF1600 experience is ‘it?s analogue ? nothing to help you but your talent’.

This puts total reliance on drivers being able to accurately identify what the feelings through their hands, feet and backside – the three points of contact with the car – are telling them about component wear, set-up tweaks and the track surface.

Honing these skills, while in a 15-minute race in changing conditions where drivers can be going four-wide into a corner and slipstreaming can result in 10-car battles for the lead, is undoubtedly difficult but is an invaluable learning exercise.

It’s these exact scenarios that the likes of IndyCar champion Josef Newgarden and Red Bull junior Liam Lawson – who learned the engineering side by running his own car – highlight as being crucial to the success they then went on to achieve.

At GBR once more, Chadwick has to be considered a serious contender for victory. Her W Series rivals won’t be focused on the result though, rather on if she leaves the WHT as an even stronger driver.