Home Featured What could have been done to avoid the Red Bull Ring’s same old issue?
FIA F3 ChampionshipFormula 2Other seriesPodcasts 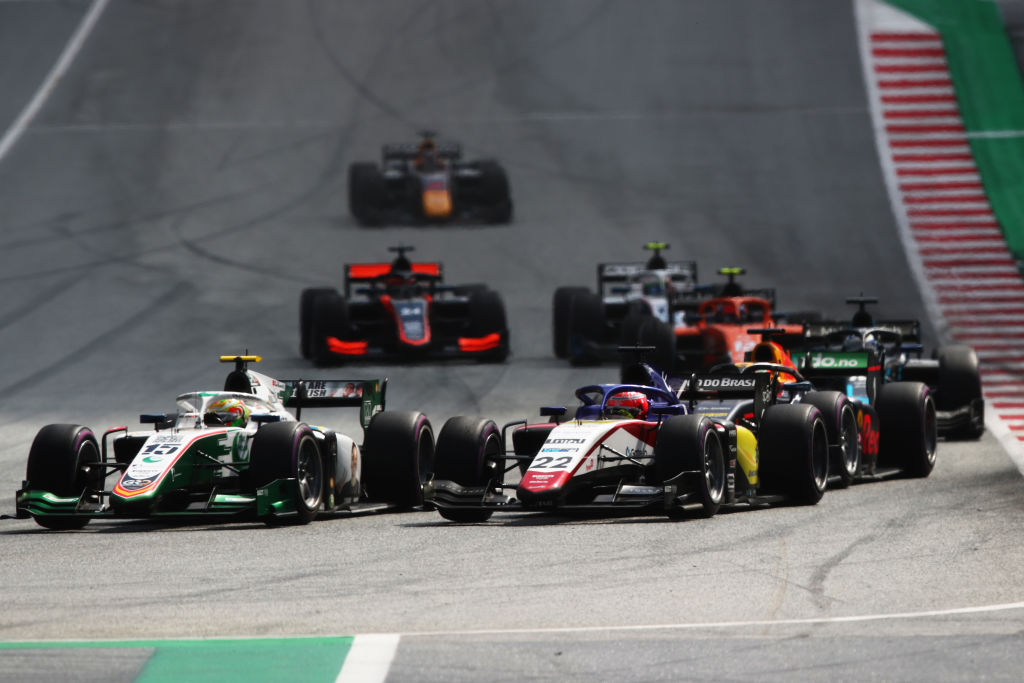 Track limits was the big topic in F2 and F3 at the Red Bull Ring, and also this week’s Formula Scout Podcast. Our journalists bring their on-the-ground insight to a discussion that raged between drivers and stewards

There were lots of reasons why it’s difficult to stay within the white lines at turns nine and 10 of the Red Bull Ring, and it’s a downhill pair of corners that tests both driver and car. And also seemed to test their trust in steward decisions.

After the F2 feature race result was only settled many hours after the chequered flag waved, and Campos Racing’s Roberto Merhi was left asking for evidence that couldn’t be provided for a penalty, it raised further questions beyond the obvious ‘why couldn’t drivers just stay within track limits?’.

Formula Scout’s Alejandro Alonso Lopez and Roger Gascoigne were at the circuit and bring their detailed experiences of what took place there to the podcast, alonside insight that is shared about how track limits are monitored at the venue and what went wrong, if anything at all, decision-making at the weekend.

Also discussed is the Euroformula and Formula Regional European Championship action at the Hungaroring, and the launch of ERA – the first international junior single-seater series to use electric cars. All three are series with points to prove right now, particularly ERA on its long-delayed launch, and did they do enough to be taken seriously?