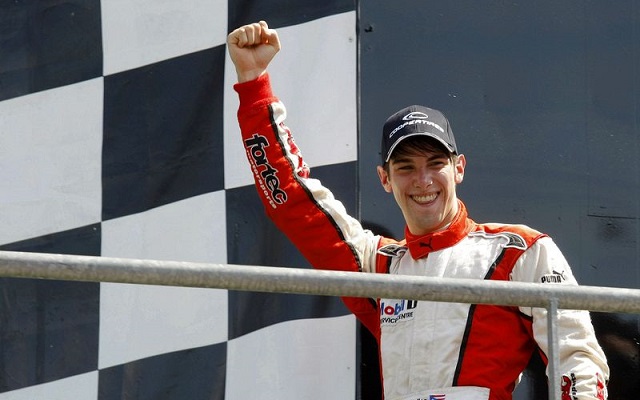 Felix Serralles will remain in FIA F3 European Championship for another year, having signed a deal to race with series newcomers Team West-Tec in 2014.

Serralles, 21, secures a sophomore campaign in European F3 on the heels of a difficult rookie season. While 2013 started out extremely well for the Puerto Rican, who was Fortec Motorsport’s team leader in the results department, he went through a severe drop in form in the second half, eventually winding up just 11th in the standings and opting out of the Macau Grand Prix.

Prior to this year, he raced in the Eurocup Formula Renault and in British F3 under Fortec, remaining in championship contention in the latter until the final round and ultimately taking third.

“It’s been a great couple years but its time to move on to a new chapter in my racing career with new experiences that lay ahead”, Serralles wrote on his Facebook page. “Team West-Tec Racing is a very good and professional team, and I am very positive that they will provide me with a good car to be fighting at the front for wins and podiums, where I belong. Thank you to all the people that have made this possible, and to all the supporters and fans.”

Team West-Tec are a new addition to the European F3 grid, having focused their efforts on F3 Open throughout the recent years.

“We’re absolutely delighted to have signed Felix”, said team boss John Miller, as quoted by Autosport. “He is fast and experienced, and I’m sure he is going to win with the technical package we’ve been able to put together. He has a very good relationship with Mercedes, our engine partners, which is also a big plus for us.”

Team West-Tec is expected to run two cars in the European F3 championship next year, with Nelson Mason figuring as the driver most likely to join Serralles in the lineup.