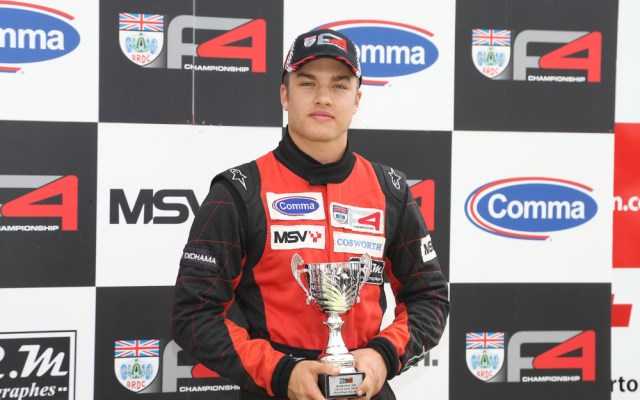 Falco Wauer will return to BRDC Formula 4 action this weekend after signing up to drive the new Enigma Motorsport entry in the Winter Championship.

The American-Norwegian contested the first five rounds of the inaugural BRDC F4 season with the KBS team, taking two early podiums. He would later take part in the F3 Open but will now make a return.

He enjoyed success with Enigma in 2012 in the 750 Motor Club Formula 4 Championship, winning six of eight races.

?I?m pleased to be rejoining the BRDC F4 Championship for the Winter Championship,? said Wauer.

?I had some good results in the early part of the season with two podiums and I believe I can challenge at the front again. I want to win, I know I can do that, and I?m aiming to take the title.

“It?s great to be working with Enigma again as well, we had a lot of success last year and hopefully we can repeat that again during the Winter Championship.”

Enigma Team Manager Tom Farquhar commented: ?It?s great to be working with Falco again, having enjoyed so much success with him in 2012. He?s a very quick driver who is certain to challenge for the Winter Championship honours, and with Falco we expect to see the Enigma name running at the front during the two rounds. We can?t wait to get started.”