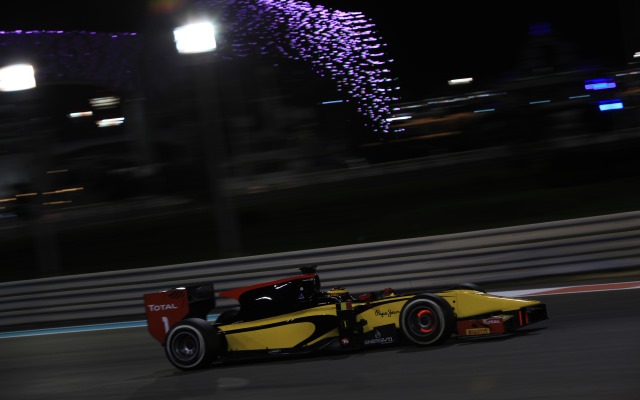 Stoffel Vandoorne posted the fastest time of the GP2 post-season test in Abu Dhabi as he went quickest again in the final session.

After setting the pace in the morning following his switch from ART to DAMS, the McLaren youngster set a series of flyers inside the final hour of running and ended up with a 1m48.657s – the best lap by anyone over the three day test.

GP3 graduate Giovanni Venturini moved up to second with his final effort for Trident, and was only 0.053 seconds slower than Vandoorne. He relegated Wednesday pace-setter Rio Haryanto of Caterham to third ahead of Raffaele Marciello, who finished the test with Racing Engineering after two impressive days with Trident.

Daniel Abt ended his week with Hilmer with fifth ahead of GP3 ace Tio Ellinas (MP). Johnny Cecotto took seventh for Rapax, while Facu Regalia took eighth for Addax – which has been bought back by the GP3 runner-up’s manager Adrian Campos for next year.

Regalia edged out the second DAMS driver Stephane Richelmi by just one thousandth of a second on his final lap. British F3 champion Jordan King rounded out the top ten in the other Addax machine.