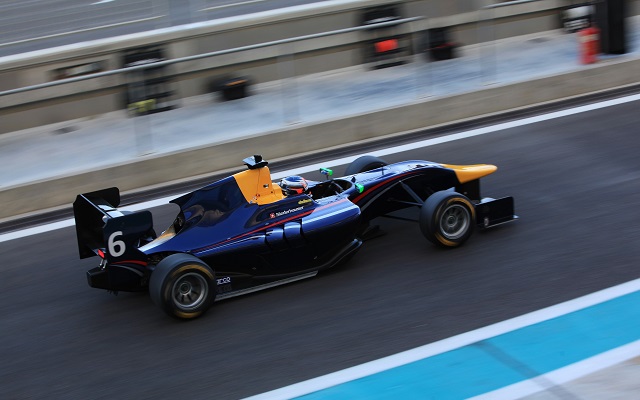 GP3 race winner Patric Niederhauser was quickest in the final session of the series’ post-season test at Abu Dhabi.

Morning session frontrunner Oliver Rowland was the pacesetter for most of the afternoon, but was dethroned from first by Dean Stoneman in the final hour of the running. The RSF-backed Briton, testing with ART, then took first back, but it was Niederhauser who eventually wound up first, beating Rowland’s time by 0.2s.

Behind Rowland and Stoneman, Jimmy Eriksson took fourth, while Melville McKee rounded out the top five. Jann Mardenborough and Emil Bernstorff made it three Arden cars in the top seven, while Alex Fontana, Nick Cassidy and Jack Hawksworth rounded out the top ten.

Niederhauser’s session-topping effort wound up being the quickest lap of the three days of testing.