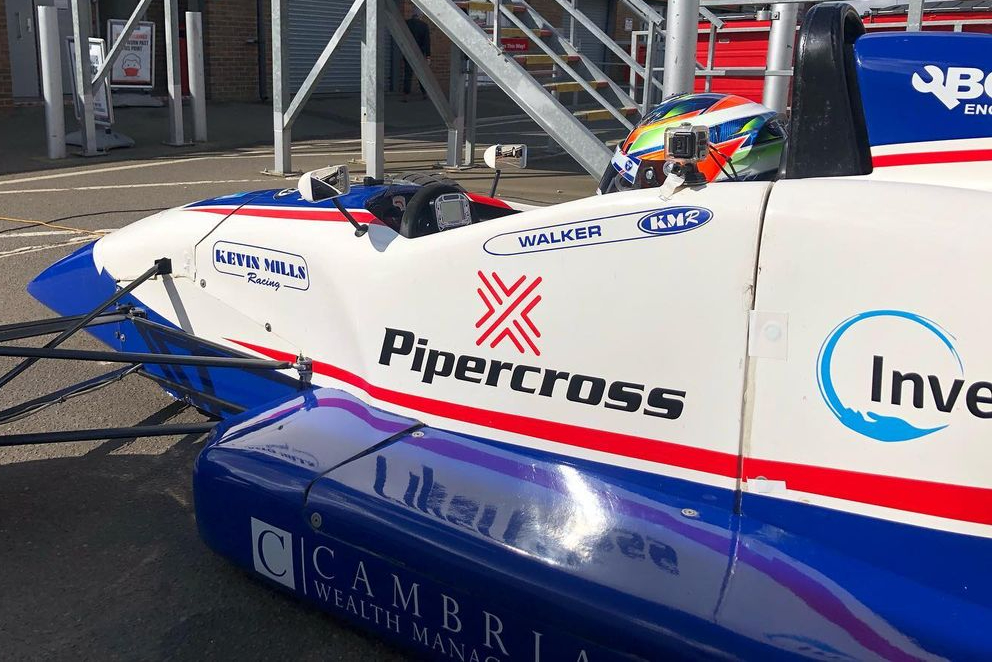 Alex Walker took his second BRSCC National Formula Ford 1600 victory of the weekend with another dominant display at Oulton Park.

The Kevin Mills Racing driver led from start to finish from pole, pulling out a 6.7 seconds lead over title rival Max Esterson by the chequered flag.

B-M Racing’s Jamie Sharp was close behind in fourth, having been passed by Mills during the race.

Oldfield Motorsport’s Lucas Romanek passed Chris Middlehurst for fifth late on, the latter having climbed from ninth on the grid.

Carter Williams was seventh for Oldfield ahead of Andre Lafond (LDR), with Jack Wolfenden and Ben Cochran (Team Dolan) completing the top 10.

KMR’s Megan Gilkes rear-ended B-M Racing’s Rory Smith during the race, putting both out. The latter had been trying to climb through the field after receiving a post-race penalty for an incident with Middlehurst in Saturday’s encounter.

Joey Foster meanwhile didn’t get a strong result in his Don Hardman Racing-run car but did claim the fastest lap. That wasn’t enough to keep him in the top 10 in the standings though, as Williams’ seventh place lifts him to 10th in the points.