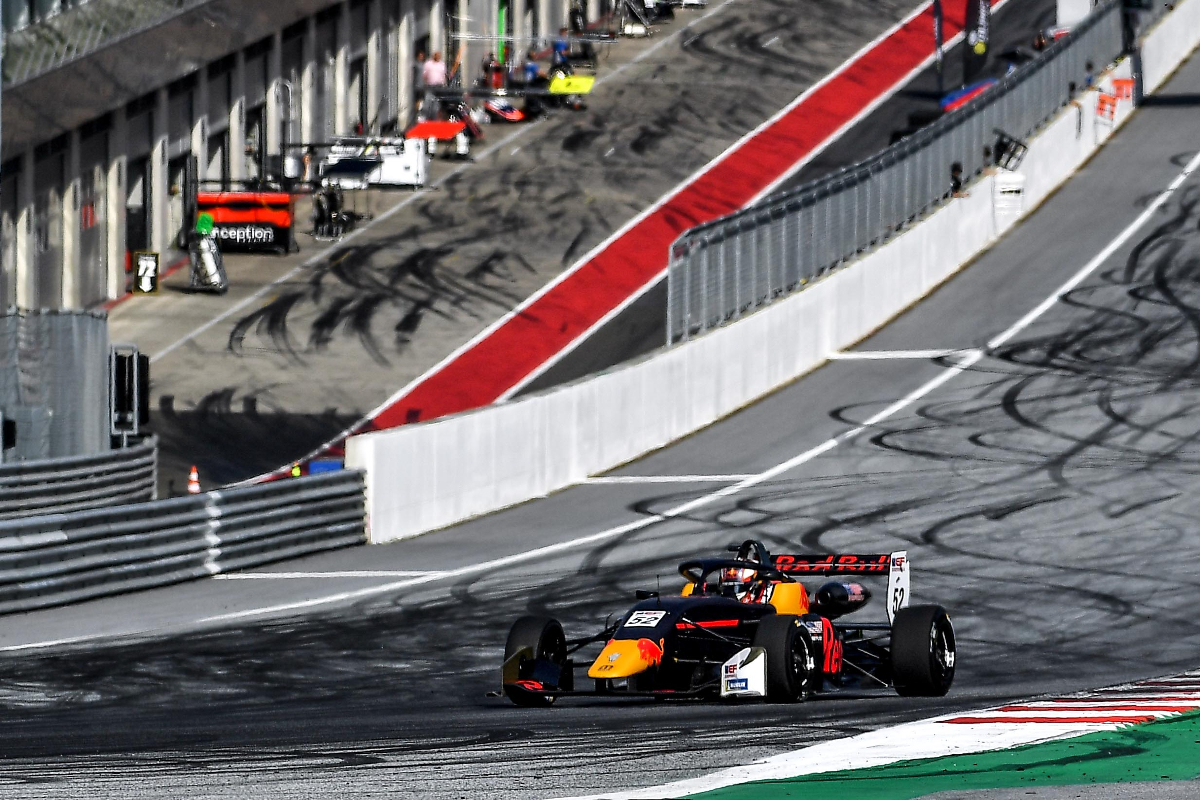 Red Bull junior Jak Crawford took a dominant sixth win of the season in the third Euroformula race at the Red Bull Ring.

The Motopark driver started from pole courtesy of setting fastest lap in race two of the weekend, and after fellow front row man Reshad de Gerus stalled at the line he had no opposition and strengthened his title outsider status with victory.

Nazim Azman moved past Cameron Das to occupy second place after de Gerus’s stall, but on lap two Das was able to go all the way around the outside of Azman at turn four to snatch the position and go in chase of Crawford.

While he could trim a few tenths away on some laps, Crawford always had pace in hand and won by 4.6 seconds despite slowing at the finish.

Azman held onto third place for the third of the race, before he was again passed at turn four. This time it was CryptoTower Racing Team team-mate Louis Foster who was making the move, and pre-race points leader Foster needed to catch Das to hold on to his title advantage.

He couldn’t do it, and Das moves back ahead by one point with six races remaining of the season.

The trio of Van Amersfoort Racing drivers filled the next positions for much of the race, but when Casper Stevenson dived down the inside of team-mate Rafael Villagomez at the Remus hairpin halfway through the race.

He locked up and both ran off track, then ran Villagomez wide again at turn four although a squirm at the wheel for Villagomez contributed to him then heading through the gravel and to the asphalt escape road.

That promoted team-mate Cem Bolukbasi up a spot, but the Turk didn’t hold onto it as Carlin’s Enzo Trulli charged from the back of the grid to overtake him. Trulli then hit trouble at the end of the race as he closed in on Stevenson.

As he attempted to defend turn four, Stevenson locked up and pushed Trulli off into the gravel. That led to Trulli’s front wing breaking off and dropping all the way down to 10th.

That promoted Double R Racing’s Josh Mason to seventh, a position he gained by holding off Trulli’s team-mate Brad Benavides.