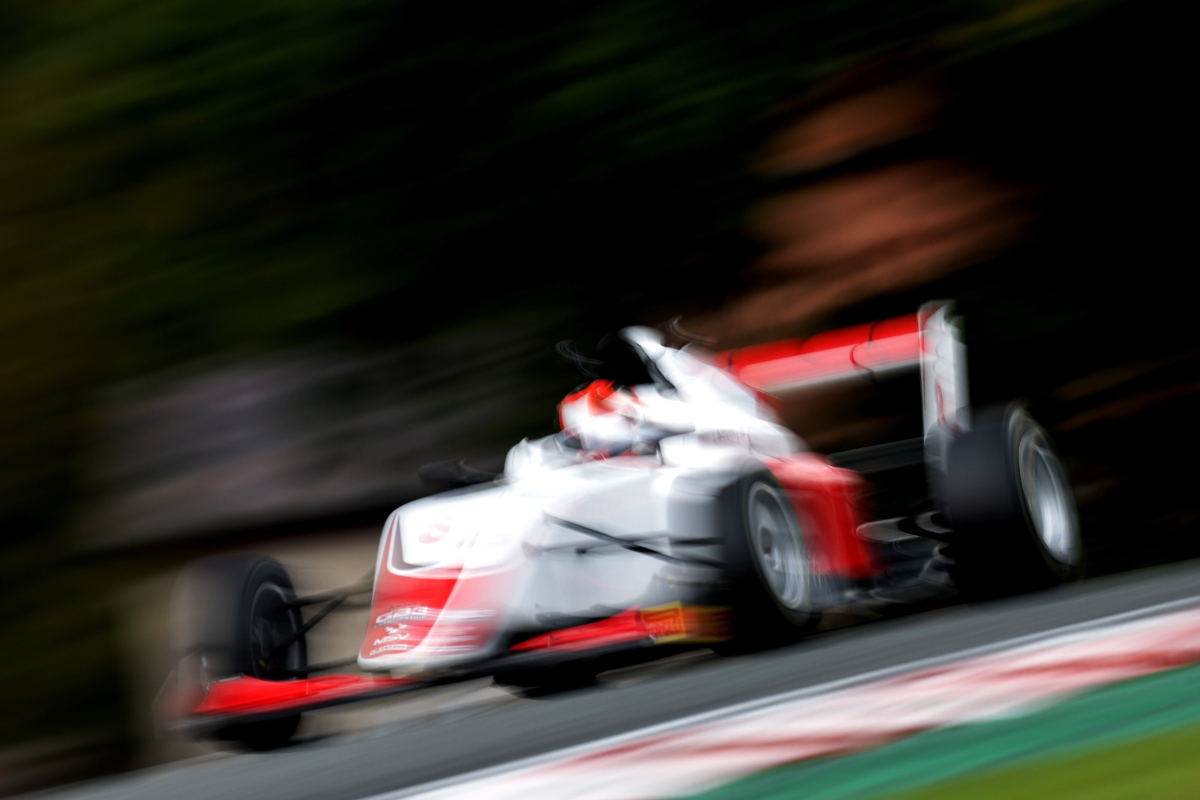 The incident led to the race being red-flagged, with Hitech GP’s Bart Horsten initially taking to the top step of the podium, having inherited the lead.

But the result changed over an hour after the race, with results put back by one lap, and Browning – contesting his second GB3 race – declared the winner ahead of Horsten and Christian Mansell.

Zak O’Sullivan also crashed out in a separate collision with Browning earlier in the race, dealing a blow to his hopes of sealing the title this weekend.

Browning slotted into second off the line behind poleman O’Sullivan, but at a better exit out of the first corner allowed him to move up in the inside into Cascades and take the lead.

The pair remained within half a second of each other in the race’s first half, with Faria joining them after a couple of laps.

O’Sullivan eventually tried a move around the outside of Browning into the chicane at Knickerbrook, but ended up on the grass before spinning into the barriers.

That left Faria to take the fight to Browning. A mistake out of Lodge from the latter allowed Faria to move in front on the pit straight. Browning tried to lunge back up the inside into Old Hall, but both ended up spinning into the barriers.  Browning continued, while Faria retired on the spot.

That put Horsten, who had been keeping Carlin’s Mansell and Chris Dittmann Racing’s Simmons behind him for fourth in the early stages, in the lead before red flags were waved.

Horsten was however classified third in the official results, ahead of Mansell and O’Sullivan.

Reece Ushijima was sixth ahead of Frederick Lubin, the Hitech driver having passed his rival around the outside of Shell Oils hairpin earlier in the race.

Tom Lebbon was eighth, while a 10s time penalty denied Roman Bilinski ninth, the stewards deeming that he passed Hitech’s Sebastian Alvarez with all four wheels off track.

Alvarez collided with Bilinski later on at the chicane and spun down to 15th. Carlin’s Bryce Aron had to take evasive action before ending the race in 10th.

Javier Sagrera and Branden Lee Oxley were both spinners, wit Jonathan Browne losing a place to Aron while take avoiding action from Oxley’s error and ending the race in 9th..