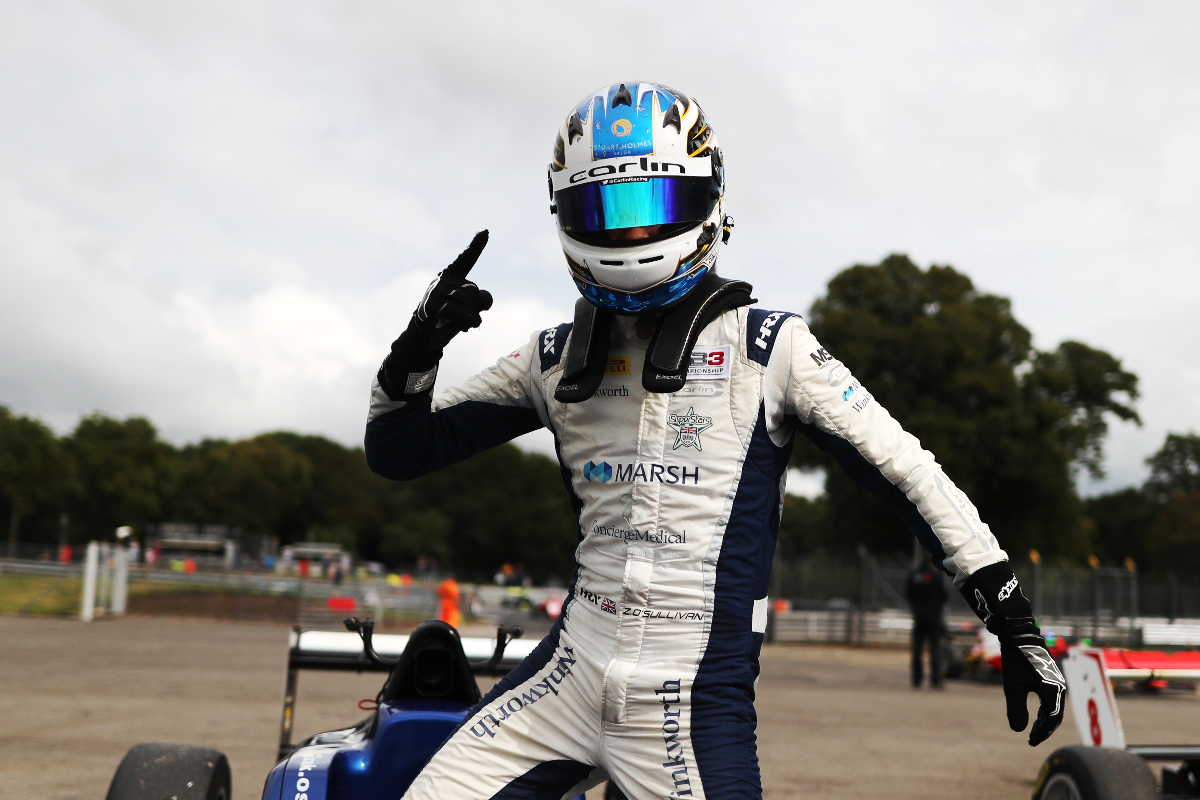 Arden’s Roman Bilinski took this third GB3 win in a soaking final race at Oulton Park, as Zak O’Sullivan put the title out of reach for his rivals.

A heavy rain shower arrived before the reversed grid race, with Mikkel Grundtvig leading away into the first corner while Bilinski made a great start from fourth to move into second.

Bilinski moved up the inside of the Fortec driver at Cascades into the lead, before pulling away to win by 8.1 seconds.

Hillspeed’s Jonathan Browne ran third early on but, after being passed by Hitech GP’s Sebastian Alvarez at the chicane, spun on the corner exit and dropped down the order.

Alvarez finished fifth ahead of O’Sullivan, who climbed from the rear of the field to take sixth, but the Carlin driver will have to wait until the final round at Donington Park to take the title. The points scored for positions gained in the reserved grid race means that if the entry list decreases for Donington he will be guaranteed the title before even visiting the track.

Chris Dittmann Racing’s Ayrton Simmons was seventh ahead of Elite’s Tom Lebbon, while Browne finished ninth after his earlier spin.

Roberto Faria was 10th for Fortec ahead of Carlin’s Christian Mansell and CDR’s Branden Lee Oxley.

Luke Browning (Fortec) and Reece Ushijima (Hitech) both retired in the pits after separate spins, while Reema Juffali (Douglas Motorsport) spun out of the race into the barriers.